'Due to toxic air, children in London are growing up with smaller lungs and more asthma' - Boutcher pupil Adelina 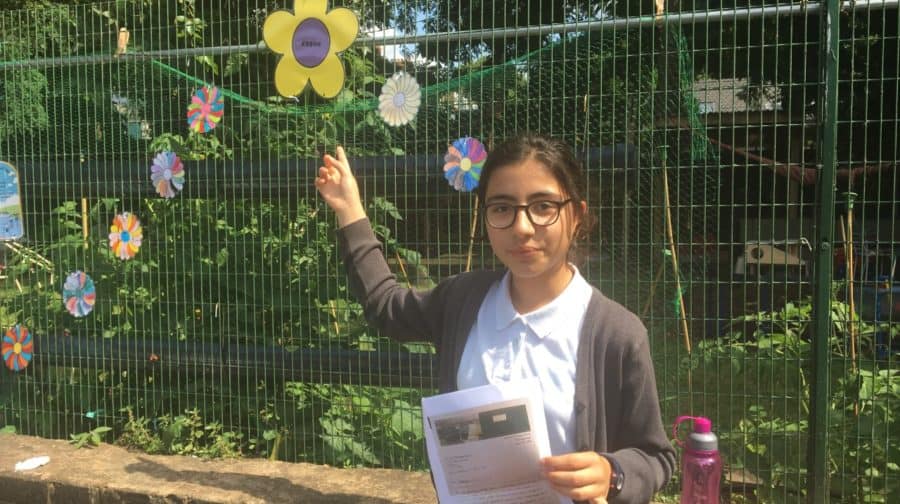 Adelina by a fundraising chart showing the school's progress

A schoolgirl who wrote to one of her local councillors about her air pollution fears was delighted to receive a visit from the local politician at her Bermondsey primary.

Adelina Shima, a pupil at Boutcher Primary, wrote to Humaira Ali, a Liberal Democrat councillor for London Bridge and West Bermondsey, about the impact of London’s filthy air on her and her classmates.

She penned: “Due to toxic air, children in London are growing up with smaller lungs and more asthma.

“However there is something that could help – ‘green screens’ – which are fences of ivy and/or bamboo that have been shown to block a third of nitrogen dioxide and 40 per cent of particulate material pollution.”

Adelina and her classmates have been fundraising for a green screen at their school, but had not yet raised all the cash needed to get the screen in place.

Cllr Ali tweeted: “I received a beautiful letter today from Adelina in Year Five at Boutcher.

“She’s fighting air pollution by fundraising for green screens. She’s fallen short of her target and needs all of our help.

“Adelina, I’ll be happy to meet you and your teachers.”

True to her word, Cllr Ali visited the school on July 25, and met with Adelina to hear more about their worries about high levels of pollution currently in the playground, levels which are above the limit set by the World Health Organisation.

During the visit, Cllr Ali told students more about how democracy works at the council, and what Southwark’s local authority is doing to tackle pollution with its limited resources; and how pupils can all play a part.

One initiative from the school is the sale of its new Boutcher tote bags, made at the school’s community art day.

All funds from sales will be put towards installing a rainwater irrigation system to keep the green screen watered.

The school is currently tantalisingly close to reaching its goal – with just £139 left to find. In total, the new green screen will cost £3,750.

Green screens have been placed in other schools on busy roads across Southwark, including Goose Green Primary which found air pollution recorded inside its playground halved after the barrier was put up.