Boy, 15, cleared of murder and manslaughter in trial of rapper Showkey’s fatal stabbing 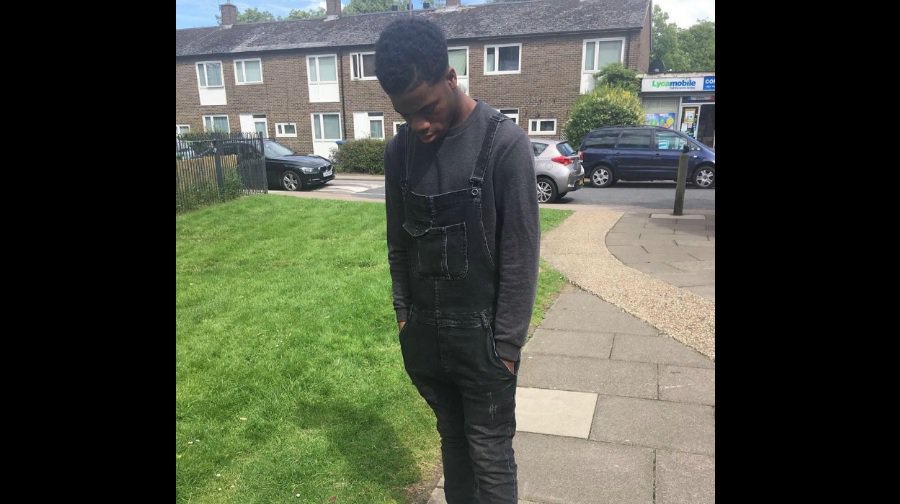 A fifteen-year-old boy who stabbed an aspiring rapper to death at a house party in Peckham has been cleared today of murder and manslaughter, after claiming self-defence.

The boy, who cannot be named, stabbed sixteen-year-old Leoandro Osemeke (AKA Showkey) twice in the chest with a hunting knife.

The teenager was in court at the Old Bailey by video link as a jury of four men and eight women cleared him of both charges.

The Judge, John Bevan, QC said the teenager could be discharged.

Mr Osemeke was stabbed as he walked into the packed hallway of a townhouse in Colegrove Road on August 5.

He managed to stagger outside before collapsing.

As he lay bleeding to death in the street, some of the partygoers filmed him and posted the footage on social media platform Snapchat.

More than 200 people attended the party thrown by a Year 10 girl, after word spread on social media.

Witnesses said Mr Osemeke smiled and greeted people near the door when he arrived at the party with his brother and two friends.

But the jury heard that he was attacked just 25 seconds after he walked into the hallway, which was filled with around 50 or 60 teenagers.

Paramedics battled to save his life – even performing open heart surgery at the scene – but he was pronounced dead at 7.19pm.

The court previously heard that the defendant had told onlookers “I did it, I did it” before fleeing over the garden fence.

He admitted stabbing the young rapper, but claimed he was acting in self-defence because Mr Osemeke was about to stab him.

The boy said: “When Showkey saw me he said ‘yeah’ I could see he had a knife – it was big and black.

“He removed it from its sheath and was holding it diagonally towards me.

“I wasn’t focused on anything else except his knife – I thought he was going to kill me.

Previously in the hearing, one partygoer described seeing the defendant pull a blade from his waistband, while another eyewitness said he struck Mr Osemeke twice.

A teenaged girl, who cannot be identified, said: “I saw drops of blood everywhere. People were recording him for Snapchat.

“His friends were screaming and crying, begging him to stay alive.

“His eyes kept going to the back of his head. I knew that he was dead. His chest wasn’t moving and he looked cold.”

Another teenage girl who cannot be identified told jurors how she had been laughing with friends and “minding my own business” before trouble suddenly broke out at the party.

She said she heard shouting and saw people pushing and shoving in the hallway before noticing Mr Osemeke moving back towards the door.

The witness said: “I saw the person who was getting targeted. I saw an arm moving forward.

“I saw something going towards the person, but I wasn’t sure what it was, something like a black glove.

The young defendant insisted “I didn’t intend to kill him or cause him serious harm, I just wanted him to go away – I didn’t want anything bad to happen. I thought he was going to stab me.”

He said he had a history of bad blood with Mr Osemeke, and described an earlier incident when the rapper had allegedly charged at him armed with a knife.

The court heard that Mr Osemeke was part of the 814 gang, “a group of boys from the SE14 postcode area who sold drugs,” the defendant said.

The defendant denied being a member of a rival gang.

The fifteen-year-old, from south east London, cannot be named after the judge made a lifelong anonymity order.