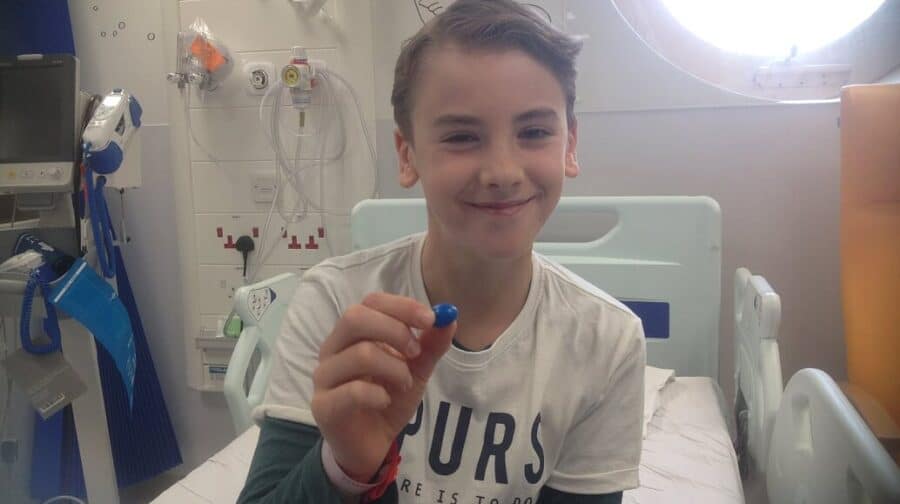 James Redman, 12, at the Evelina London

A boy who is severely allergic to peanuts can now safely eat up to seven of them because of a breakthrough trial at the Evelina Children’s Hospital.

James Redman, 12, was diagnosed with the severe allergy at three years old, and took part in the ARTEMIS trial, the largest ever trial into peanut allergies.

He was given ever-increasing amounts of peanut protein over more than two years. It now means he can tolerate the equivalent of seven peanuts, meaning he’s less likely to have a severe reaction in future.

His mum, Zoe, said the result had taken a huge weight off the family’s shoulders.

“Before he was diagnosed he had a severe reaction when he was three,” she said.

“I was feeding him a well-known brand of curry sauce, which contained three percent peanut.

“He was immediately sick and within a few seconds his eyes were streaming, he started wheezing and his breathlessness was becoming worse by the second. He was going into anaphylactic shock and was taken straight to A&E.

“Thankfully the doctors were able to treat it with steroids and nebulisers, but it was an extremely scary experience and our first encounter of this life threatening allergy.

“James hasn’t had a serious reaction since then but we were told that the next reaction was likely to be worse than the one before, so we were very concerned.”

The Redmans, who live in East Sussex, had to travel to the Evelina every fortnight for James to take part.

The study recruited nearly 200 children and young people aged four to seventeen, and showed that increasing small amounts of peanut protein built up tolerance compared to a placebo.

“It’s great that the study had such a good outcome for James and was life-changing for many of our families,” said Professor George du Toit, the study’s lead investigator.

“However, it should not be done without medical supervision, as a small number of children did have a reaction to the peanut protein and required medical treatment.”