No-one has been reported injured in the flat fire 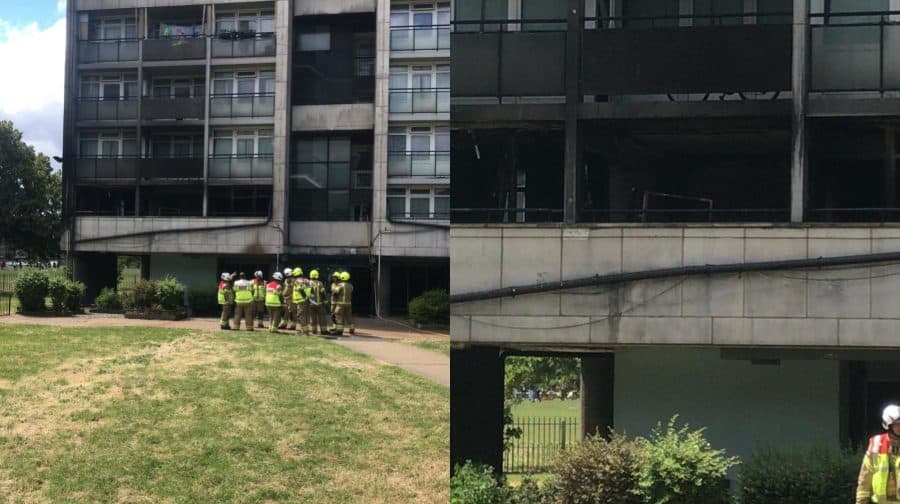 Around 100 people evacuated their homes on the Brandon Estate this afternoon after a serious blaze in a first floor flat.

There are no reports of any injuries, but the whole flat in the estate’s Walters House was completely damaged.

Sixty firefighters rushed to the scene, which caused scenes of thick black smoke to be seen from the surrounding area.

They took sixty 999 calls about the fire in the early stages, before getting it under control at around 1.17pm.

“The whole of the first floor flat is damaged by the blaze but crews have prevented in spreading further.

“Around 100 people self evacuated from the building and a number of other residents stayed within their flats.”

Huge fire on the Brandon Estate in Kennington. @LondonFire did fantastic to contain the fire very quickly. Sadly the flat is completely destroyed pic.twitter.com/4R31PQFZI9

One member of the public who took footage of the fire said: “Huge fire on the Brandon Estate, Kennington. LFB did fantastic to contain the fire so quickly.”

Fire crews, who were called to the scene just after midday, said they are now investigating the cause of the fire.

It was shocking just how much toxic smoke was generated by just one set of uPVC windows. Fortunately the Brandon estate was built to much higher building standards in the wake of WW2, and the fire containment between flats is of a much higher standard than current building regulations.