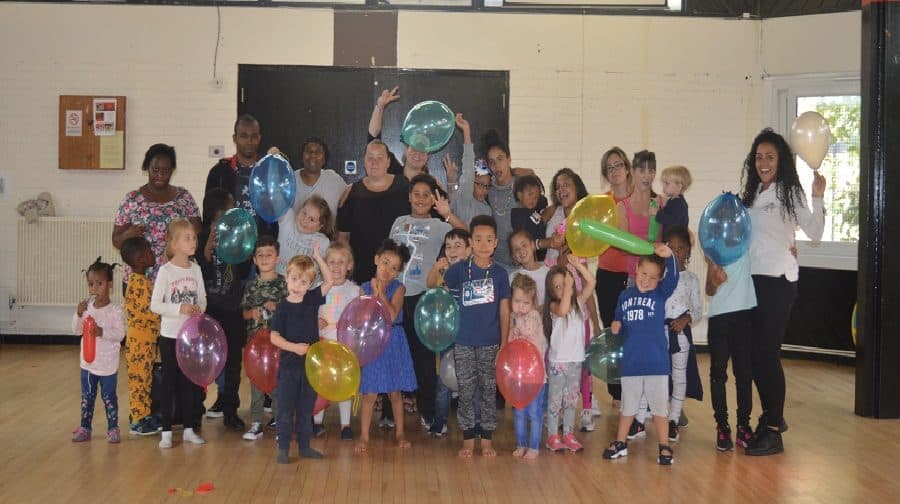 At the Rachel Leigh Community Hall on Camberwell’s Brandon Estate, a children’s charity is helping children traumatised by the spate of fatal shootings and stabbings this year.

From 10am to 4pm, Elaine and her team served up breakfast and lunch to between sixty and seventy kids, many of whom rely on free school meals during term time.

Two days a week they were taken out on special day trips including swimming, laser quest, trampolining, crazy golf, soft play and a visit to Vauxhall City Farm.

“Our aim was to provide the young people with a safe place, relieve their trauma through engaging them in activities that would restore joy, happiness and a sense of normal childhood,” Elaine told the News.

A series of tragic murders have rocked the estate this year, including the death of seventeen-year-old Rhyhiem Barton, and his friend 23-year-old Sidique Kamara who was stabbed to death on the same road – Warham Street – where Rhyhiem was found.

Both were drill rappers in the Moscow 17 group, whose violent lyrics and ongoing feud with Peckham based gang Zone 2 is believed to be behind a series of tit-for-tat attacks.

Elaine says many children – and adults – have been left emotionally scarred by the tragedies.

“One of the boys who came along to our sessions was singing M17 songs,” she told the News. “He got upset, saying he knew lots of people who have died.

Over the next month she and the iiChild team spent more and more time with him, finding ways to help him work through his feelings in a positive way.

She described the atmosphere in the first sessions as ‘calm but tense’, but said the children gradually opened up and began socialising well together.

“When the children came and they saw what was available, they got so excited.

“At first they were still sombre, but by the end of the first week they were beginning to relax and realising this is a safe place.”

By growing the range of events on offer the charity aims to ‘form a community’ around the Rachel Leigh Hall, which has recently re-opened after some much-needed cleaning up and maintenance work.

One new initiative is a mother and baby group, Learn and Play, held from August 28-31, and free to mums and kids under ten.

Long term, iiChild hopes to put on a homework club for after school, and a parents group, with support from Southwark’s Anti-Knife Crime Forum, and funding from Southwark Council.

Although the summer holidays are over, the charity wants to give kids more opportunities and experiences to help them develop – socially as well as academically.

“We are bringing the children out of their trauma and into a new world – a bigger world,” Elaine said.