Courtney Terry Webb got to walk down the aisle thanks to Lions fans helping to raise £20,000 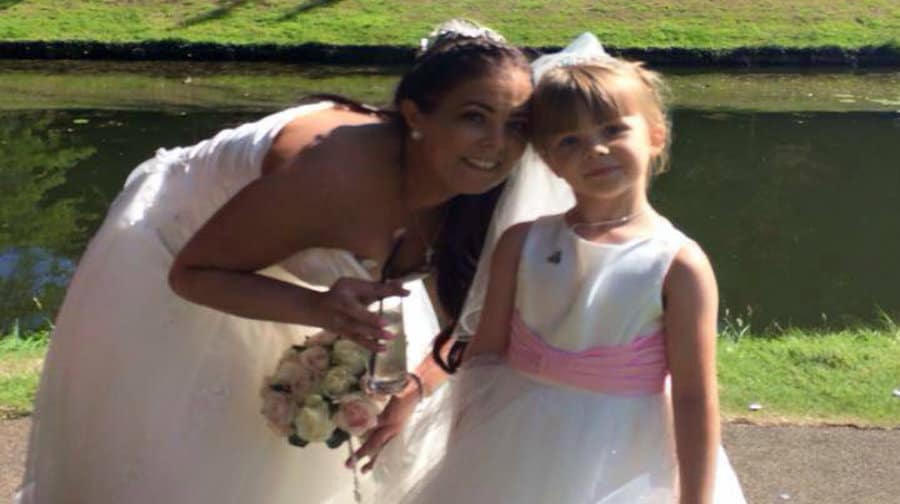 Courtney and her ‘mini-bride’ daughter Dolcie on their special day

A young mother has passed away a month after her dream came true, as thousands were raised so she could marry her childhood sweetheart before she died of cancer.

Courtney Terry Webb was planning to marry the love of her life, Billy Webb, in November, before her doctors warned her she may not live to walk down the aisle.

A Southwark News fundraising campaign, which was then taken on by national newspapers, saw the couple raise the £20,000 they needed to bring their special day forward.

Their five-year-old little girl, Dolcie got to be a ‘mini-bride’ on the day last month, as Courtney was aware she would not live to see her child marry.

The ceremony at the Orangery in Maidstone was packed with friends and family on July 6, who will all be devastated by the sad news of Courtney;s untimely death at the age of 27.

Courtney was only nineteen when her mum Karen, 54, took her to hospital with severe vomiting one morning.

Doctors discovered a ten-inch cancerous tumour on her left kidney, and the young Millwall fan has been fighting for survival ever since.

As news of Courtney’s death spread online on Monday, Millwall fans paid tribute to her bravery.

If you would like to pay tribute to Courtney, you can do so at www.southwarknews.co.uk

R.I.P Courtney. You had your big day, now fly with the angels xx