"We were floored by it. None of us can afford this and we are all questioning its reasonableness," leaseholder said 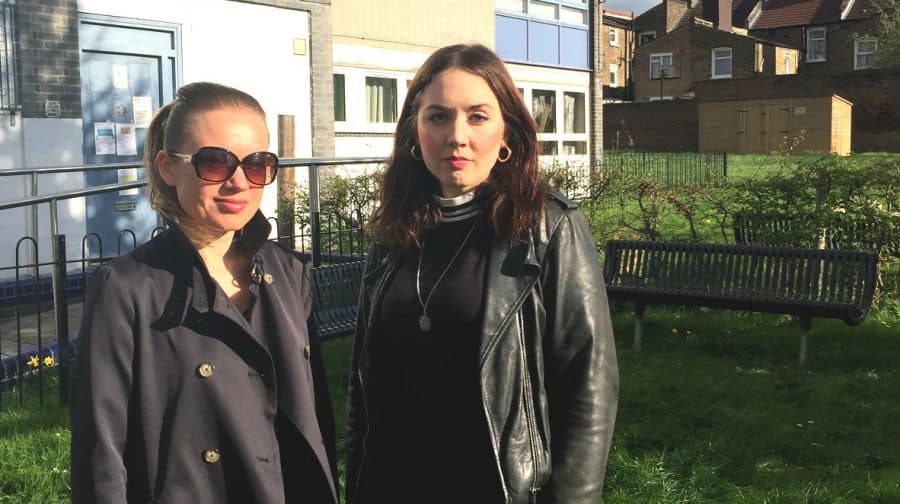 Nadia Heath and Hannah Crawford, leaseholders at the Brayards Estate

Leaseholders on the Brayards Estate in Peckham are the latest to be hit with sky-high bills by Southwark Council for “major works” to their flats.

Charges of £20-24,000 per leaseholder have been issued for window replacements, repainting of communal rooms and gutter clearing.

But eight leaseholders from two affected blocks, Walkynscroft House and Ryegate House, are now considering taking the council to court to dispute the “obscene” bills.

Hannah Crawford, 30, of Walkynscroft, told the News: “All the leaseholders are on the same page. We were floored by it. None of us can afford this and we are all questioning its reasonableness.

“I only moved in October. We were first told about this in January and it came completely out of the blue. I was told there may be ‘major works’ in the coming years, but they didn’t exactly say what that means.”

She added: “We are at a loss with how to proceed, and are in the stages of instructing surveyors and going to tribunal.”

The contract for the works was won by A&E Elkins Ltd, who have been given many similar contracts to refurbish estates across the borough.

The company has charged Southwark £1,265,688 for work benefiting 62 homes at the Brayards Estate.

In Walkynscroft alone, the bill for repainting lift lobbies and stairwells on six floors is £17,522, despite leaseholders’ belief that they are “currently in perfect condition”. The council also expects them to foot £2,000 for “concrete and masonry repairs”. Then there is £10,770 to “clean off existing asphalt roof covering removing all moss, lichen debris etc, and clear all gutters, rainwater outlets and rainwater pipes” – for just one block.

Hannah said: “These jobs like paintwork and clearing gutters must surely be standard maintenance work that should be paid out of our service charges.”

The leaseholders have also learnt that only six flats were surveyed (also carried out by A&E Elkins) to assess the work that was needed, which Hannah argues “cannot representative” and “cannot be independent”.

Southwark Council’s response to affected leaseholders is to allow for payment to be made in instalments, or taking out a loan of up to 25 years, at 1.5 per cent above the base rate of interest.

Councillor Stephanie Cryan, cabinet member for housing, said the authority to inform Hannah of the forthcoming bills when she bought her flat should have been with the vendor and their solicitor.

Cllr Cyran added: “We do have one of the widest ranges of ways to pay the bills in the country, including an option to defer paying until the property is sold. Ultimately, if leaseholders do not pay the bills that they are responsible for, then it would mean that council tenants would have to make up the shortfall through their rents.”

Another homeowner, Violeta Jawdokimova, said: “We would like to make people aware of the inequality that is at the basis of the relationship between the council and the leaseholders.

“We want to challenge this as we feel that this is unfair as the leaseholders need to have the same level of power in the matter that concerns them as in our case a service charge of £24,000.”

Hannah added: “[This] is a time of much stress affecting young families and we feel that as we are in a minority, in our particular case, we are being victimised. There have been several instances of a similar nature with Southwark Council (and many other Councils in the UK) which we find absolutely disgraceful. We are keen to draw as much attention to this issue as possible in order to try and come to a resolution.”