He was found guilty today at the Inner London Crown Court of three counts of oral rape, one count of attempted rape, and one count of sexual assault. 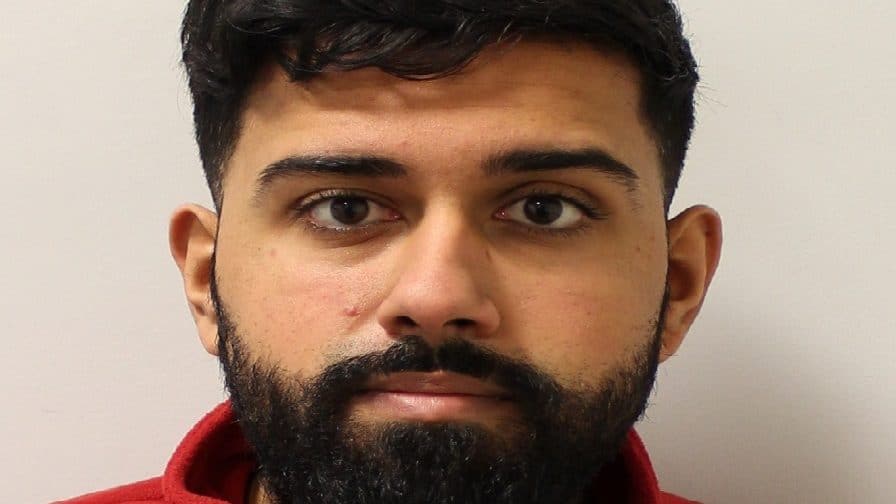 A 28-year-old financial consultant has been jailed for eight years after dragging ‘intoxicated and vulnerable’ woman he met outside a bar on Tooley Street into a ‘secluded corner’ where he orally raped and sexually assaulted her.

Sanjay Naker, from Russell Avenue in Wood Green, was found guilty today at the Inner London Crown Court of three counts of oral rape, one count of attempted rape, and one count of sexual assault.

The court heard that the financial consultant began talking to the eighteen-year-old victim when she was asked to leave a bar on Tooley Street because she had too much to drink.

CCTV showed them at around four AM, with Naker picking her up when she fell over, offering her his jacket and giving her a piggyback.

When he tried to kiss her she pushed him off, and he then pulled her in the opposite direction to where she was trying to walk.

Police say Naker was able to drag the woman to a secluded corner of The Queen’s Walk, London Bridge, where he raped and sexually assaulted her several times.

Nearby security staff grew concerned after seeing them on CCTV, and went to investigate.

Naker told them he had met the woman in a club nearby and gave them his details before leaving.

The staff found the woman unconscious with her underwear pulled down and called an ambulance.

The woman was taken to hospital, and later to a haven, where it was confirmed that she had been raped.

Naker was arrested after a police appeal the following day and when interviewed claimed the victim had asked him for sex.

He was charged on November 28, 2017 and at today’s trial was jailed for eight years.

He was found not guilty of sexual assault by penetration.

“After talking to her for a matter of minutes he managed to drag her to a secluded area where he raped her. She has no memory of what happened.

“Naker then brazenly gave security guards his name, confident that the victim’s intoxication would protect him.

“However, we were able to prove she had been raped and build a strong case against him – the simple fact was, she was too drunk to give her consent.

“This case shows that no matter what the circumstances, we will work tirelessly to bring rapists and sexual offenders to justice.

“Anyone who sadly finds themselves in similar circumstances should take courage form this case and the conviction we have seen today.

“Our officers are experienced, highly trained and treat victims with the sensitivity and compassion they deserve.