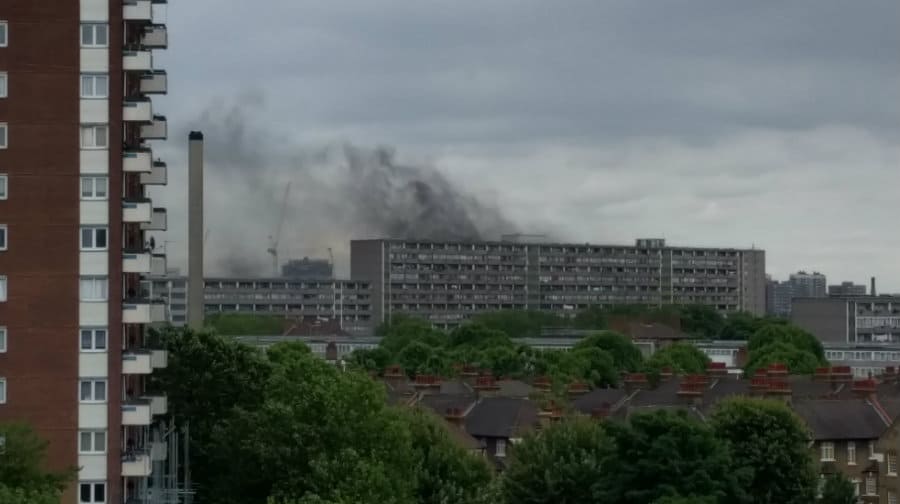 A large fire that send smoke high above the Aylesbury Estate has just been extinguished, at about 4.45pm.

The blaze is believed to have been traced to the first floor of the Wendover block car park, where a car caught fire.

A cordon was been placed to close Thurlow Street and Beaconsfield Road, but the roads have now reopened.

The London Fire Brigade has said four engines have been called to tackle the blaze at 3.59pm.

The Met Police have also tweeted to confirm the fire is out.

The fire is now out. No restrictions on residents entering / leaving block but advice is to keep windowsclosed until all smoke dissipated.