Balaclava-clad attackers shot the ceiling as a warning to festive drinkers not to give chase. 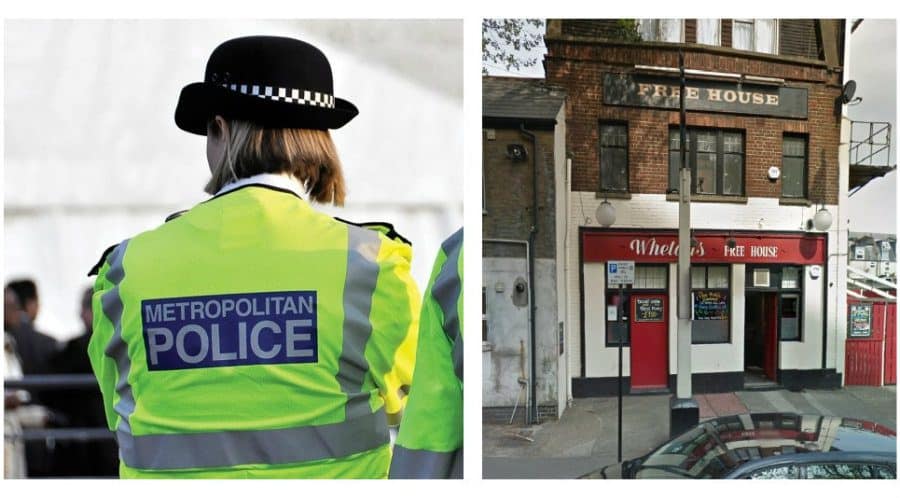 Police are hunting for two men who burst into a busy Rotherhithe pub on Sunday evening and shot a man in the leg.

The incident took place in Whelan’s, Rotherhithe Old Road, at around 8.50pm, when the pub was packed with customers celebrating the run-up to Christmas.

A witness, who wished to remain anonymous, told the News: “Two men in balaclavas burst in the door and went straight up to the man and shot him in the leg.”

After shooting the man, the two gunmen shot at the ceiling, warning the terrified punters not to chase after them. They then fled into the night.

Attention then turned to the victim, who was bleeding heavily from the gunshot wound to the leg.

“We thought he was dead, everyone was screaming. The blood was just flowing out of him, but a man came and did first aid and probably saved his life. He put his leg up and stopped the bleeding, you could sort of see him coming back to us after that.”

Police were called and found a man, believed to be in his fifties, “suffering a gunshot wound to the leg.” He was rushed to hospital by ambulance, where he remains in a stable condition. His injuries are not thought to be life-threatening.

The pub has not re-opened following the incident and is expected to remain closed for the time being.

No arrests have been made and police enquiries are ongoing.

Any witnesses or anyone with any information that can assist can contact police via 101, or contact Crimestoppers anonymously on 0800 555 111 or at crimestoppers-uk.org.

all I’ve been hearing is “lets preserve the pubs”

First of all it was 1 gunman (not 2), second of all he was wearing a ski mask (not a balaclava). Please get the correct facts together before advertising a story!