UPDATE: Tommy’s killer to serve just half of sentence

Lloyd Smythe was sentenced to five-and-a-half years in jail, of which he will serve just half. 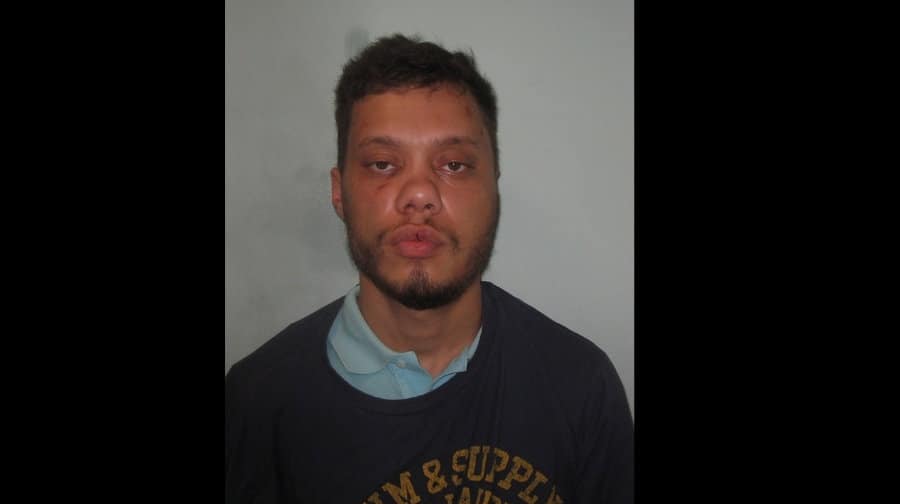 Tommy Blackmore’s killer will serve just half of his five-and-a-half year sentence for manslaughter in jail.

Convicted drug dealer Lloyd Smythe, 29, delivered a “boxing jab” without warning to the head of peacemaker Tommy Blackmore, 20, as the victim tried to stop an argument between two women.

Members of Tommy’s family left court today as the distressing footage was played, while one person shouted “c***” as Smythe was seen landing the fatal blow.

The Old Bailey heard Smythe told police he punched Tommy because he felt “pissed off” after wrongly believing the victim had taken and smashed his mobile phone.

He was arrested for murder but pleaded guilty to a lesser offence of manslaughter earlier this week.

Sentencing him to five-and-a-half years imprisonment, of which he will serve half, Judge Richard Hone QC said described the attack as “gratuitous and unprovoked violence and a vicious punch”.

“Although you say your phone had been smashed, you picked on a totally innocent victim for revenge and your intake of alcohol affected your judgement.

“I totally reject any suggestion of even limited provocation.

“As can be seen from the CCTV, the punch you delivered must have been intended to cause significant injury to Tommy Blackmore, although falling short of really serious harm.

“The harm you caused is the death of a totally innocent young man who was actually trying to help others.”

A shrine to Tommy, near the scene of his death.

In a statement read in court, the victim’s brother Bradley Blackmore said his family “are grieving because of the mindless violent actions of one individual”.

He described Tommy as a hardworking young man who devoted much of his time working and raising funds for charity.

“You may not realise it, but you have passed a life sentence on his family,” the judge told Smythe, adding: “No sentence of mine can repair their loss.”

Sarah Plaschkes QC told the court Tommy had been chatting and dancing with friends in the Mono Lounge nightclub, near Tower Bridge on Friday June 12.

“He was with his good friend who had never known Tommy to cause trouble or be in fights,” she said.

“She said he had not been in any arguments that night and wasn’t particularly drunk.”

As revellers spilled out of the club at around 2.30am some scuffles broke out.

“Tommy was stood talking to two young women, trying to calm them down. He was acting as a peacemaker.

“This defendant walked in front of a car to where Tommy was stood.

“Tommy didn’t see the defendant approach him and the Crown say in a completely unprovoked attack this defendant punched Tommy once really hard to the head.

“The blow was a boxing jab, delivered without warning straight into the side of Tommy’s head and neck area. Tommy didn’t see it coming.”

Smythe was himself attacked as he tried to flee the scene and later handed himself in to police.

He tried to claim he was acting in self-defence but was forced to admit he hit Tommy in revenge, when confronted with damning CCTV footage.

Tommy’s family released the following statement: “Tommy was a gentle hard working young man with a bright future ahead of him. He was devoted to his friends and family, helpful and kind.

“Not only are we grieving the loss of our son, brother, uncle, nephew, cousin and friend. We are grieving for the man he would have become, the man we will never get to see. Because of the mindless and violent actions of one individual – Tommy will never get to watch his bride walk down the aisle, or to become a father and hold his baby for the first time.

“He never got to celebrate his 21st birthday; he will never pass his driving test and get the keys to his first car. All of these rites of passage that we take for granted have been cruelly snatched away from him, and from us in turn.”

Southwark NewsNewsUPDATE: Tommy’s killer to serve just half of sentence