BREAKING: Moped driver “pinned by the neck” by truck in Blackfriars Road accident

Police are appealing for witnesses after a man was taken to hospital in a "critical condition." 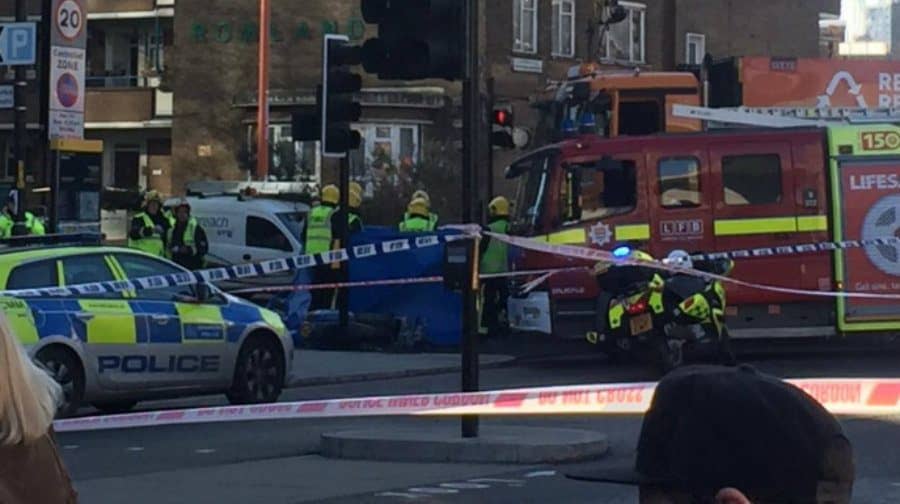 A man has been taken to hospital in a “critical condition” after he was apparently pinned by the neck by a lorry following a rush-hour crash in Blackfriars Road.

Police, ambulance fire brigade, and London Air Ambulance crews attended the scene, which occured outside Southwark tube station at around 9am.

Witnesses to the accident report that a moped driver was trapped under the front wheels of a lorry.

A spokesperson for Scotland Yard told the News: “Police were called to reports of a collision between a moped and a lorry at 0900 hours.

“London Ambulance attended the scene. The male moped driver was taken to an East London hospital in a critical condition.

“The lorry driver stopped at the scene. No arrests were made.”

Officers from the Roads and Transport Policing Command are investigating.

Anyone who witnessed the collision is asked to contact the Serious Collision Investigation Unit on 020 8285 1574 or Crimestoppers anonymously on 0800 555 111.