The man was arrested on suspicion of wounding with intent, attempted grievous bodily harm (GBH), and violent disorder 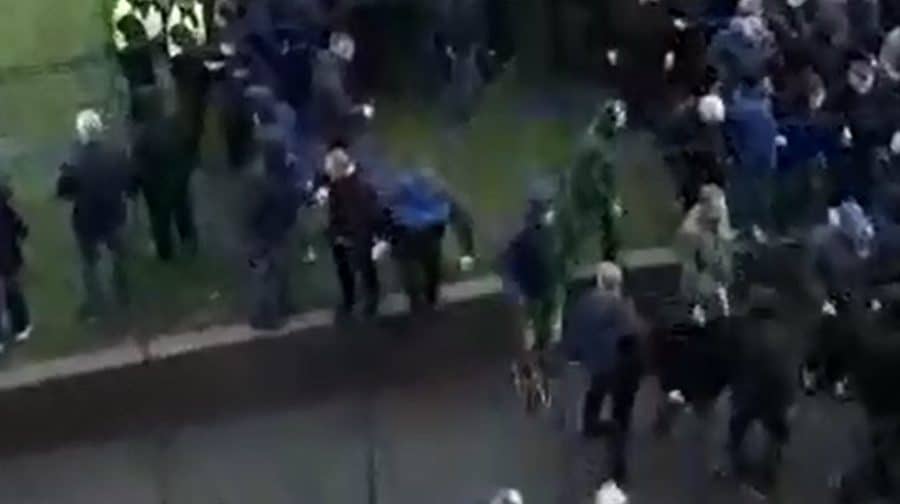 The man was arrested on suspicion of wounding with intent, attempted grievous bodily harm (GBH), and violent disorder.

Officers said the arrest was in relation to the “life-changing” injuries a fan suffered to his face during the disorder.

Detective Sergeant Matt Simpson, from the Met’s Public Order Investigation Team, said: “The disorder which we witnessed on Saturday, 26 January was absolutely shocking. It involved dozens of people and last for a number of hours.

“We are carrying out a large-scale investigation into the disorder, which left at least one person with a serious injury.

“We have hours of CCTV and hundreds of images which we are closely reviewing, and we have a team of experts working to identify those involved.

“In the very near future we will be issuing images of those we want to trace, and we will be asking for the media’s support in doing so. We are dedicated to identifying those involved, and bringing them to justice for the chaos and disruption they caused.”

Officers have previously described the hooliganism as some of the worst the city had seem for some years.

Anyone who has further information should contact police on 101 quoting CAD 5117/26 January, or anonymously contact Crimestoppers on 0800 555 111.