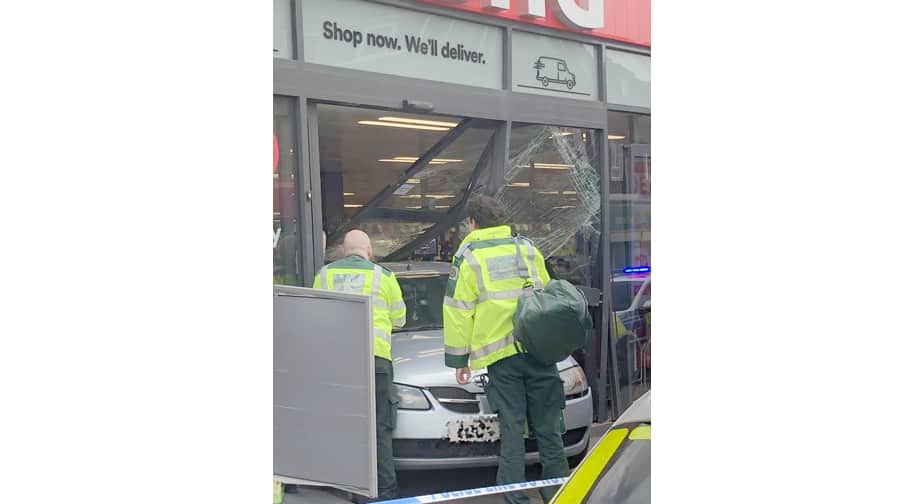 Officers at the scene this afternoon

Shoppers were left stunned down the Blue after the driver of a car is said to have reversed through Iceland’s front window.

Onlookers said the driver of the silver/grey Nissan Almera smashed through the glass frontage shortly before 4pm, possibly while attempting a manoeuvre.

Police said they were called at 3.53pm and said there were no reports of serious injuries and no arrests.

UPDATE: ‘It could have hit me’: Shoppers’ shock after car collides into Bermondsey Iceland