Road is cordoned off as emergency services respond 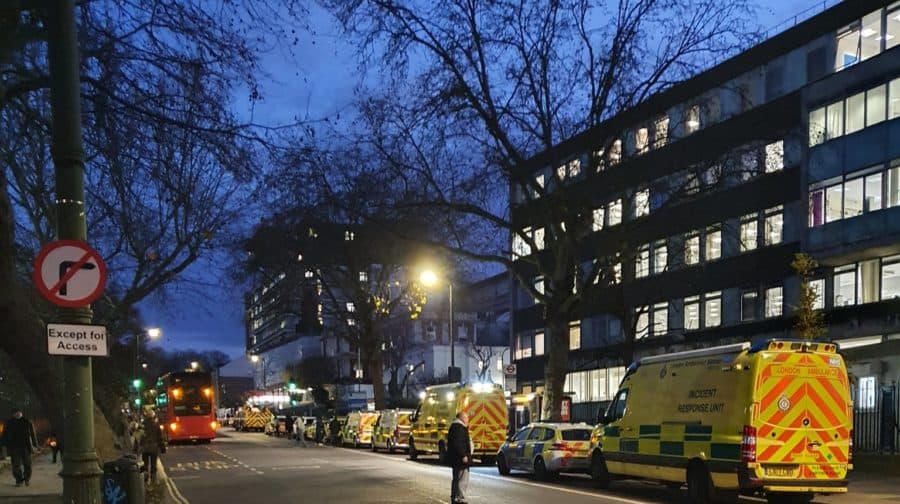 Front line responders have been at Denmark Hill for more than two hours this afternoon after a man climbed onto a roof.

Officers were called to Camberwell just after 3pm, with as yet unconfirmed witness reports claiming the man had been ‘threatening to jump’.

Police, London Fire Brigade and the London Ambulance Service are still at the scene, outside King’s College Hospital. A police helicopter is also providing assistance.

A Met spokesperson said: “We’re engaging with the man in an effort to bring this incident to a safe conclusion.”

Denmark Hill was cordoned off and currently closed in both directions between Coldharbour Lane and Champion Hill but has now reopened.

The man is believed to have climbed onto a King’s College Hospital building.  A spokesperson for the trust told the News: “The incident is being managed, emergency services are at the scene and the hospital remains open. We will not be commenting further.”