BREAKING: People jumping from windows to escape fire in Elephant and Castle

Scroll down to watch video 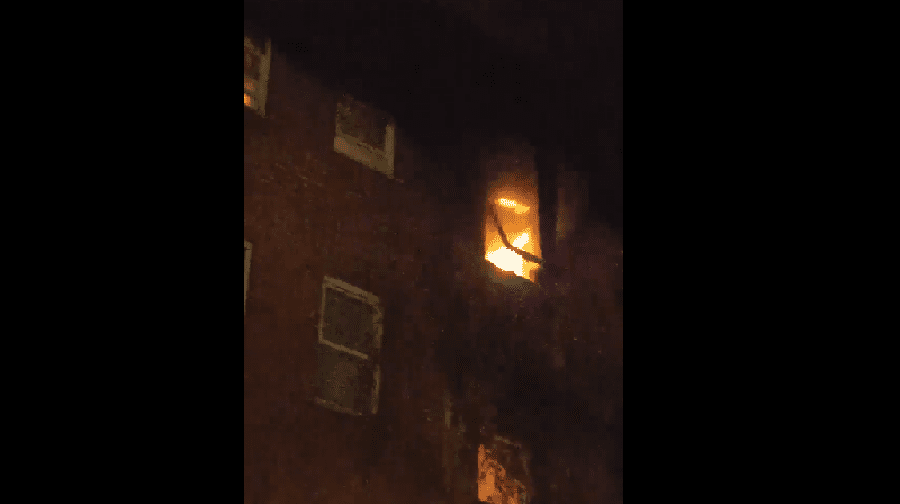 A fire has broken out in a block of flats at the junction with New Kent Road and Meadow Row.

London Fire Brigade have confirmed that six fire engines and 35 fire officers are on the scene.

An eyewitness has said residents were jumping from first-floor windows to escape the fire.

Omg #ElephantCastle someone's flat got burnt this is soo scary I hope the person is safe pic.twitter.com/6pTYjuidvK

Zainab Yusuff, 21, told the News: “I was in a bus to London Bridge at about 10pm when we had to get out because the road was blocked.

“It really is quite scary, there is smoke everywhere.

“First I saw a someone banging on the window, then they opened it and you could see smoke from inside.

“Some people had to jump, I saw two kids jump down and hurt themselves.

“I could see the fire had started in the middle of the building and it look like it was spreading over to the right side.

“There was a crowd of people gathering and we were moved on by the fire brigade.”

A spokesman for the London Fire Brigade the blaze has started in a stairwell and the roof of the building.

“One man has been rescued and was immediately given oxygen after inhaling smoke,” the spokesman said.

I live in this building. Flats 1-6 are now habitable. Two flats on the upper floor of the middle block are not habitable and Southwark Council has arrived and is taking care of them. I believe that flats 11-16 are also habitable. Unsure of 7-8. We are now back in our flat.

Southwark NewsNewsBREAKING: People jumping from windows to escape fire in Elephant and Castle