BREAKING: Driver nowhere to be seen after car overturns next to nursery in Rotherhithe

The crash happened just outside a nursery 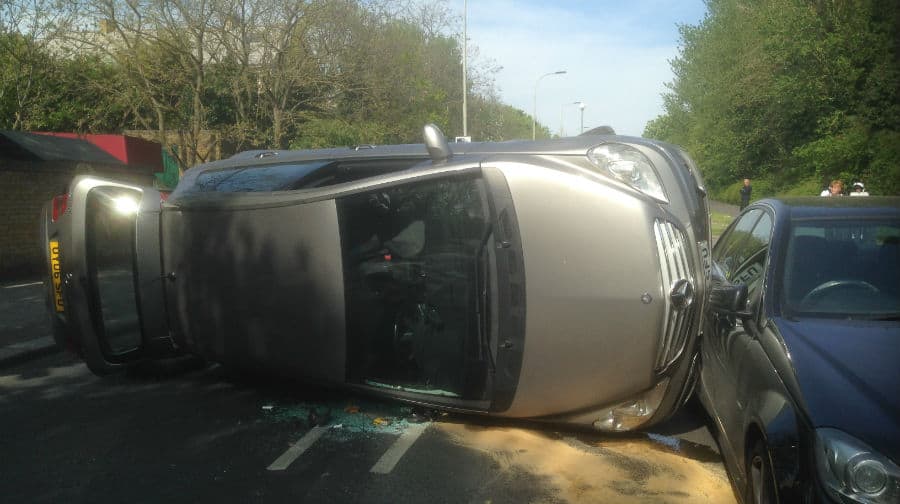 Police are on the scene of where a car dramatically flipped over just metres away from a nursery on Brunel Road, Rotherhithe.

One parent, who did not wish to be named, said: “This happened right next to a nursery.

“Behind the wall is where my children play. I’m just concerned about the families.”

One eyewitness told the News that the driver ran from the scene after the crash and their status is unknown.

Another eyewitness said: “We think they were trying to overtake a car and clipped one that was parked, flipping it.”

No injuries have been reported as emergency services responded to the incident at around 3:05pm.

Police have been contacted for more information.

Southwark NewsNewsBREAKING: Driver nowhere to be seen after car overturns next to nursery in Rotherhithe