She was involved in a collision with a white van during this morning's rush hour. 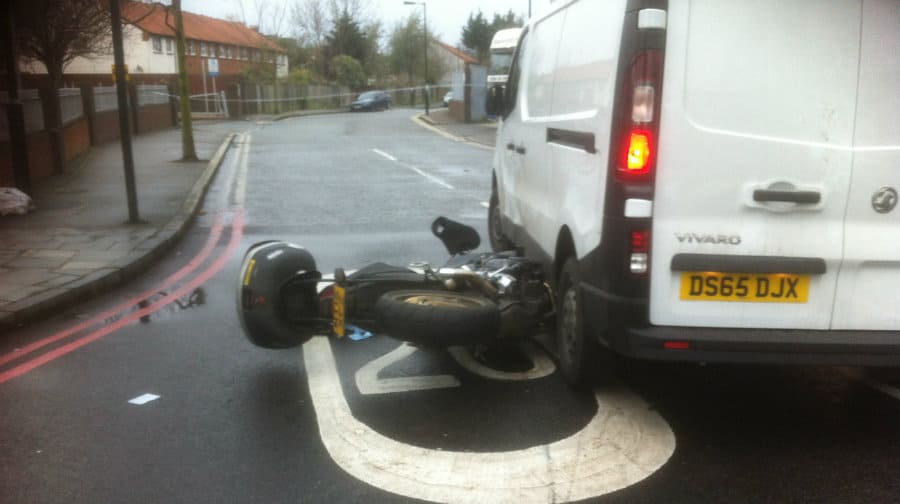 A photo from the scene.

A female motorbike rider is in a “serious but stable” condition in hospital following a rush-hour smash with a van in the Old Kent Road on Wednesday.

The incident, which saw the motorbike crushed underneath the side of the white Vauxhall Vivaro, occurred at the junction with Leo Street at around 7.50am.

A spokesperson for the London Ambulance Service said: “We treated a woman for chest and stomach injuries. She was taken as a priority to Kings College Hospital escorted by the doctor from London’s Air Ambulance.”

The police said that nobody had been arrested in relation to the crash.