BREAKING: A young man has been stabbed after a fight in Camberwell

Bowyer Place is closed both ways, while Camberwell Road has now reopened 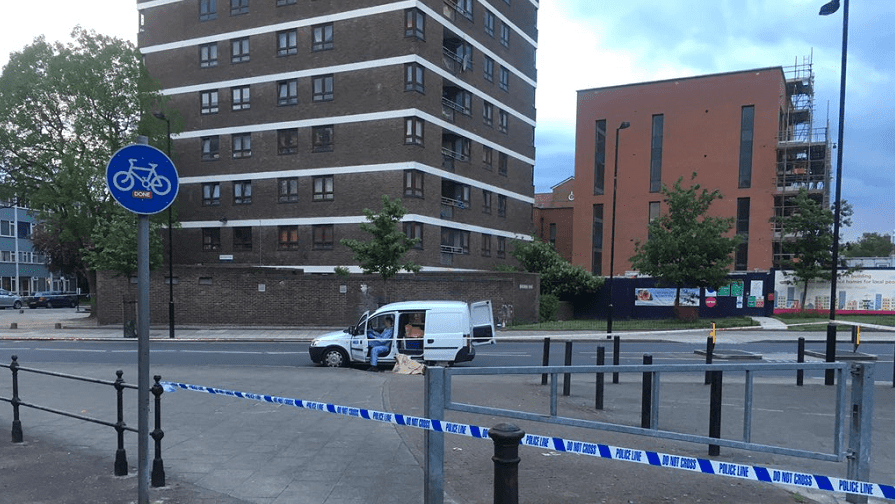 A young man has been arrested and another man injured following a knife fight in Camberwell.

Police were called at 5.30pm to Camberwell Road, at the junction with Bowyer Place, and arrived shortly after with London Ambulance Service paramedics.

A woman living in Caspian Street has told the News she saw a young male fleeing the scene, away from New Church Street.

The woman said: “I heard a fight was happening outside, and people were going to look outside. I called the police at about 6.15pm.

“The police were looking in all the bushes, but apparently there were three people running away from the scene.

“The man I saw totting away was black and about five foot two ins tall and slim. He wore black jeans a black top and black shoes. He was probably between 20 and 25 years old.”

A Met Police spokesman told the News that both men are believed to be in their twenties.

The wounded man’s injuries have  been assessed as non life-threatening.

Police have closed both lanes of Bowyer Place. TfL have confirmed via Twitter that Camberwell Road has reopened.

Southwark NewsNewsBREAKING: A young man has been stabbed after a fight in Camberwell