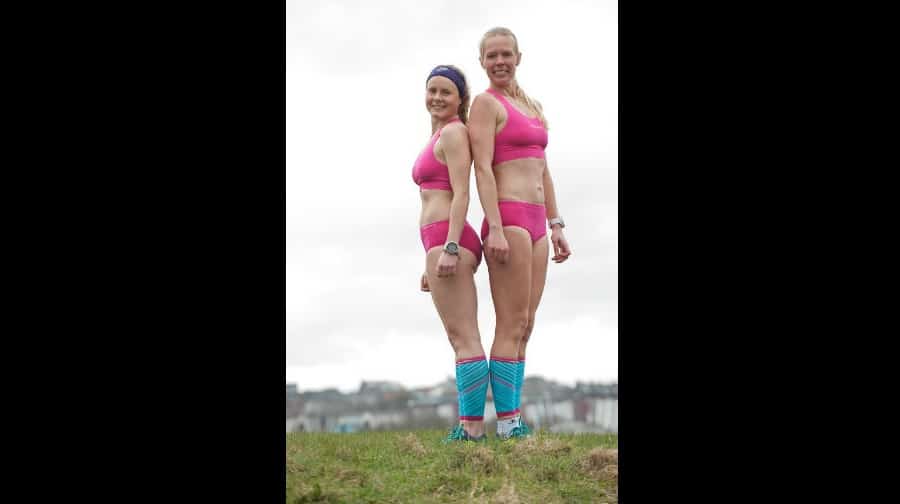 Borough Market shoppers may be in for a surprise next Saturday as two ultra-marathon runners race through the area wearing only their underwear, writes Callum Burroughs…

Marina Ranger and Lucja Leonard will be pounding the streets of south London for the Pink Ribbon Foundation’s charity event on June 25 to promote breast cancer awareness.

The event kicks off at 2pm with a group work out at the Crossfit Gym in Blackfriars before a free session demonstrating self-checks for breast cancer. The public run starts at 3.45pm and marks the launch of the pair’s fundraising effort – to run 500km in just five days.

Both have personal experiences of breast cancer and are looking to raise £20,000 by running from Pieterburren in The Netherlands to The Vaalserberg where Holland, Germany and Belgium’s borders meet.

The runners met during a multi stage event in the Kalahari Desert three years ago and have been good friends ever since.

Both runners will be wearing pink underwear made by Runderwear who are donating 10% of the sales of the product to the Pink Ribbon Foundation.

You can donate to their effort via https://www.justgiving.com/Simply-Runderful