The new IPA is on sale now 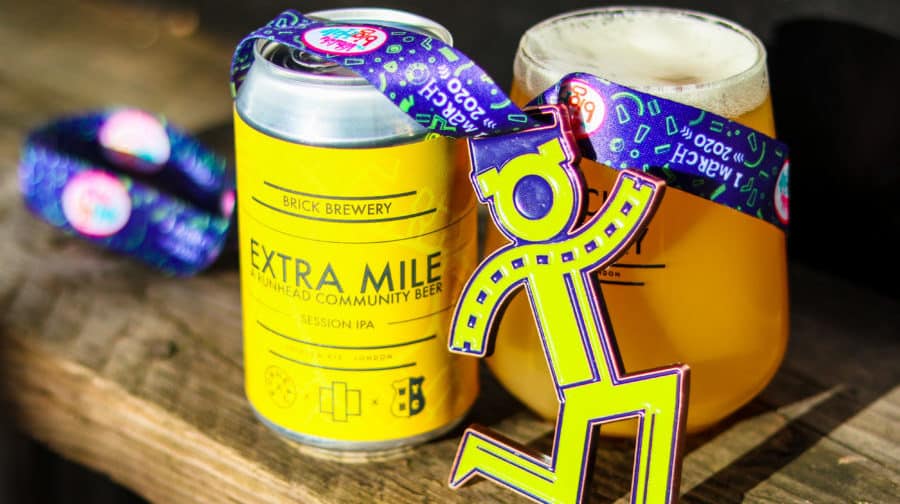 Brick Brewery has launched a new charity beer to raise funds for a Nunhead youth club.

Extra Mile is a four per cent Session IPA, and a collaboration between the brewery and running club Runhead AC to raise money for Westminster House Youth Club.

Alongside the Duke of Edinburgh Award scheme it also has given young people the opportunity to try sports like fencing and kayaking.

Runhead AC was set up in 2016 by local friends united by their love of running, beer, and raising funds for charity.

It now has over 50 members and has raised over £4,000 for Westminster House.  Its founders described having their own beer as a ‘dream come true’.

“The fact that the beer is in collaboration with Brick Brewery, somewhere we ran from in the very early days, and Westminster House Youth Club, a charity we have a strong history of supporting, makes it taste even sweeter,” said founders Anthony Matthews and Leonie Hope.

It launched on Sunday, March 1, with a party at the Blenheim Grove taproom where the runners enjoyed a refreshing pint or several after completing the Big Half.

Brick Brewery describes it as having notes of grapefruit and orange from its Simcoe and Amarillo hops. At the launch last weekend

On Tuesday 3rd March 2020 I was at The Old Nuns Head Nunhead for first night of Extra Mile on tap.

I applaud Runhead AC and Brick Brewery for going the ‘extra mile’ to help The Westminster House Youth Club in Nunhead.

Not only is the beer unique, I also reckon a unique collaboration – a running club persuading a small independent brewery to create a beer, the sales of which help a local charity which provides such vital support to young people more often from disadvantaged backgrounds.

I am not a beer drinker, well there is always an exception to the rule, after downing a pint of Extra Mile you have converted me!

What you have created is just so far off the scale that the needle has gone into the danger zone and flown off.

From speaking to Andrew from Runhead AC I know how much discussion and formulating went into creating this beer, you have created an award winning beer – no contest.

Your beer ticked all my boxes.

That evening I observed that everyone was drinking Extra Mile – so much so that one full keg was soon empty.

To create a beer to help the WHYC which is unique on so many levels speaks volumes about how much you really care about helping the longest established youth club in the UK.