Artist David Jones was best known for his poem In Parenthesis 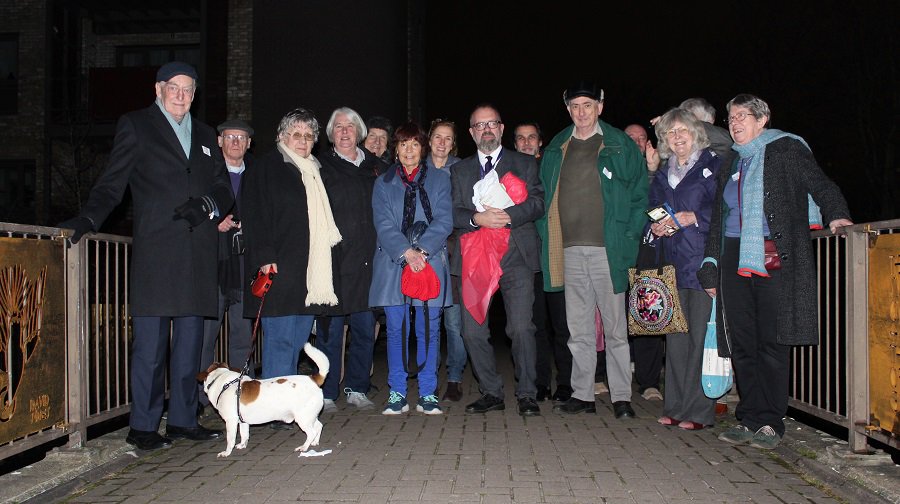 A poet known for his work on WWI has been honoured with a bridge being named in his honour in Rotherhithe, writes Jessica Aszkenasy…

Born in Brockley, artist David Jones was best known for his epic poem In Parenthesis, published in 1937.

The poem tells the story of a foot soldier’s journey ending in the Battle of the Somme, where Jones himself was wounded during his service in the Royal Welsh Fusiliers.

The narrative includes a character named Tommy, described as “the man from Rotherhithe”.

Redriff Primary School in Rotherhithe dedicated a plaque to him, which includes a quote from the poem and a reproduction of one of Jone’s woodcuts of the Holy Spirit.

The school upholds a tradition of reading poetry on the pedestrian bridge over Salter Road, which was renamed The Poet’s Bridge to mark the occasion.

Jones’ maternal grandfather Eb Bradshaw, who was a sailmaker in Surrey Docks, features in Jones’ poem The Anathemata in a section called Redriff.

A short ceremony was held on Tuesday, December 5 when the plaque was unveiled.

Members of the David Jones Society and other individuals from the local community who admire his work attended.

The panels were designed by artist Parm Rai and fabricated by Heather Burrell and Gordon Ilett at APT Studios in Deptford.

Funding was provided by Southwark Council through the Bermondsey and Rotherhithe Community Council.