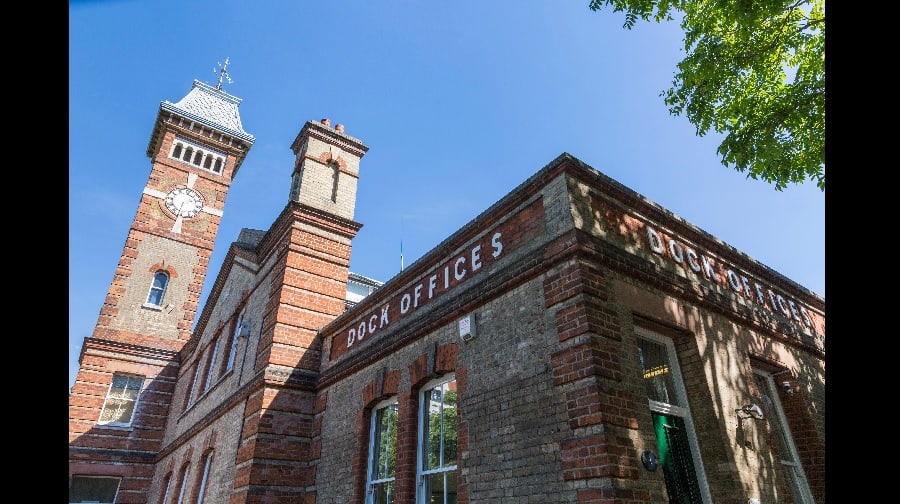 The old Dock Offices were officially acquired by the property developers in charge of the Canada Water Masterplan this week.

British Land completed the purchases of both the Dock Manager’s Office and 1-14 Dock Offices behind Surrey Quays Road and Deal Porters Way.

The purchase of the historic Grade II listed buildings, which were previously on the edge of the Canada Water regeneration masterplan site, means the Dock Offices will now be integrated into the masterplan proposals.

Roger Madelin, Head of Canada Water Development at British Land, said: “This purchase represents an exciting opportunity to consider these historic buildings as part of the masterplan for the area.

“A key focus will be how the masterplan public realm can be enhanced to provide more of a setting for this important piece of the docks’ heritage.”

The Dock Offices were built in 1892 for the Surrey Commercial Docks and remained in continuous operation with little alteration in the 20th century.

The gradual decline in the need for timber in building construction however led to the closure of the commercial docks in 1969, leaving the building unused until 1985.

From 1981 the London Docklands Development Corporation (LDDC) redeveloped the infilled Surrey Docks site with housing and a new road system.

There is no intention to change the appearance of the buildings, which in any case are listed and therefore benefit from significant protection in terms of planning.

The status of the tenants within the building will remain unchanged and British Land expects to continue with the existing maintenance arrangements and suppliers.