The school’s new ground was named after their largest donor, Metro Village. 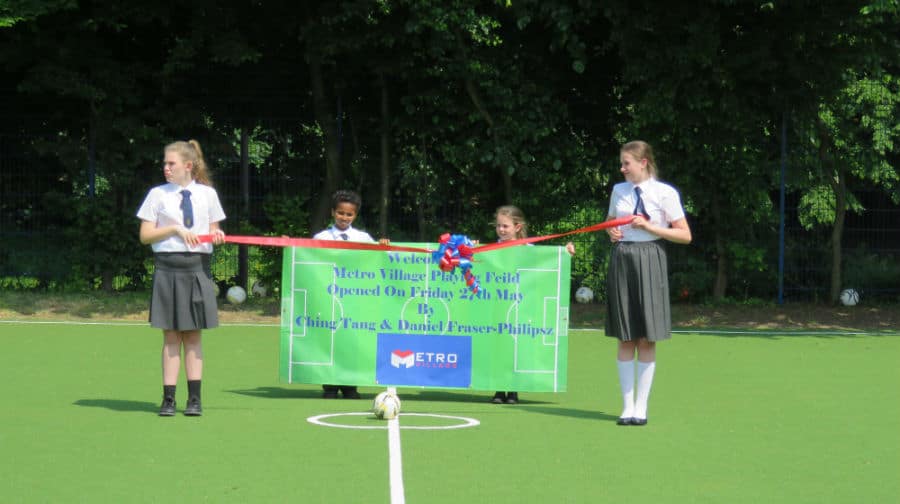 Peter Hills Primary School had the grand opening of their new football pitch on May 27 with a ribbon cutting ceremony and penalty shootout.

The school’s new ground was named after their largest donor, Metro Village, who generously gave £10,000 to help them reach their £24,000 target.

All the children were let out of class to see the pitch open for play and to hear the news that two new goals and basketball hoops are on their way after roofing company A&E Elkins donated £2,000.

Ching Tang, a company director at Metro Village, said: “We were approached by the school who said they were looking for funding for their pitch which was close to being destroyed.

“We are very involved with the local community and local projects so when this came up we wanted to help out as much as we could.”

Metro Village has also helped with funding the school’s upcoming circus day, where there will be two shows and food on July 1.

Tickets for the 4:30pm show on the circus day are still available for £7 for adults and £5 for children.