St Thomas Street was soaked as the impromptu water feature showered down, as bemused commuters looked on 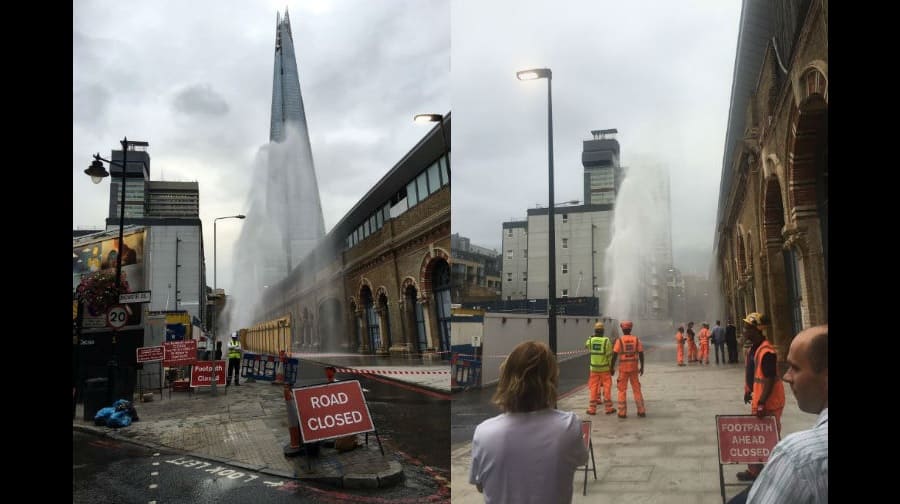 A broken fire hydrant by the recently finished side of London Bridge station threw water as high as twenty feet in the air this week, just days after the road re-opened.

St Thomas Street was soaked as the impromptu water feature showered down, as bemused commuters looked on.

Cathedrals ward councillor David Noakes was among others who tweeted about the incident, writing: “A huge impromptu twenty feet high water feature has appeared on St Thomas Street days after the road has re-opened!”

Alfie Green, another onlooker, said: “Pipe has burst and is literally exploding all over St Thomas Street onto Bermondsey Street.”

A Thames Water spokesperson told the News that it was not a burst water main, and that a fire hydrant had blown. It was repaired on Tuesday evening.