One man was treated for head injuries, while a driver fled the scene 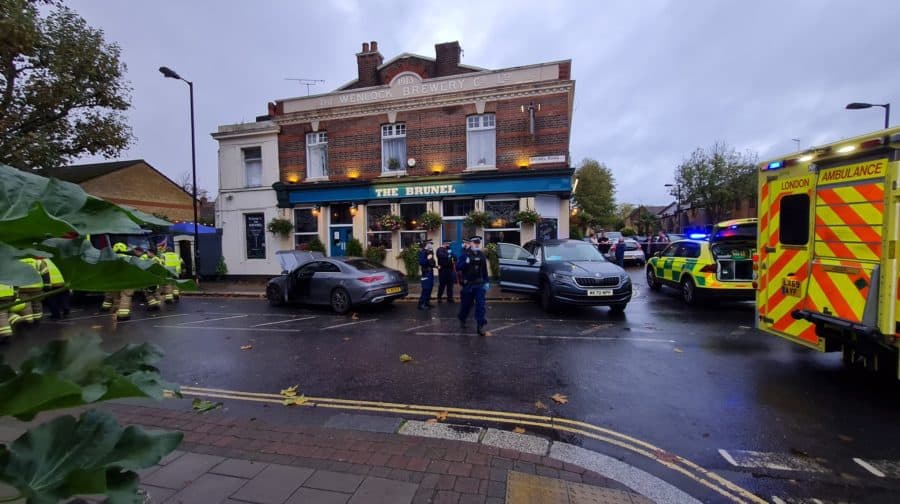 The scene outside the Brunel pub yesterday

A driver involved in a collision outside the Brunel Pub in Rotherhithe fled the scene before police arrived, says the Met.

The collision happened at around 2.30pm yesterday outside the popular boozer.

Two cars had hit each other, with one of them going into the pub itself.

One of the drivers was taken to hospital for head injuries, paramedics told the News.

Now police say the other driver fled the scene.

“The driver of the other vehicle fled the scene prior to police attendance. Enquiries are ongoing,” said the force.

Road closures on Brunel Road have since been lifted.

The ambulance service sent a crew to the collision, and two medics in cars to the scene.

“We treated a man at the scene for head injuries and took him to hospital,” it said.