A group of Buddhists are opposing plans for a six-storey student block beside their home. Developers are preparing to submit proposals for a “high-quality student accommodation” block next-door to the Kagyu Samye Dzong Tibetan Buddhist Centre, in Spa Road, Bermondsey. A two-storey building used as commercial and office space would be demolished to make way ... 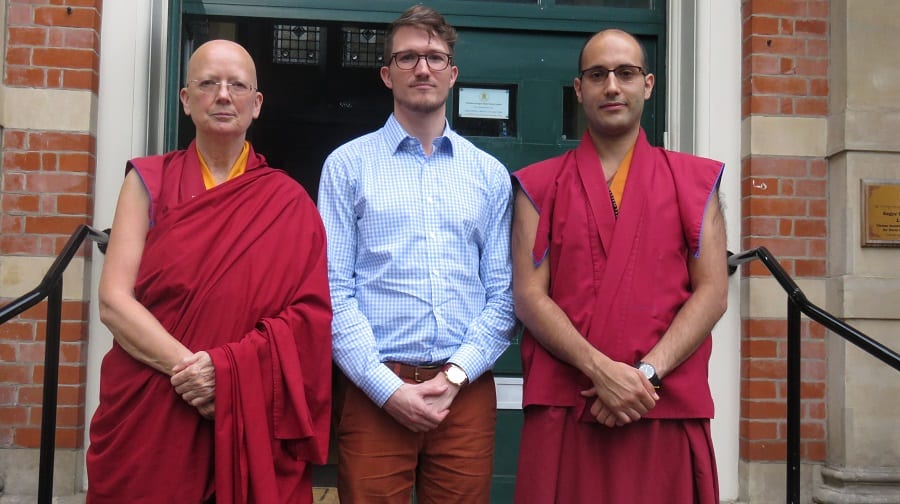 A group of Buddhists are opposing plans for a six-storey student block beside their home.

A two-storey building used as commercial and office space would be demolished to make way for the tower containing 206 studio bedrooms, a communal lounge, study, gym, games room, and a cinema if plans go ahead.

The building would tower over the Grade-II listed centre, built as Southwark’s first public library in 1892, and the Buddhists fear it would block out their light and destroy the peacefulness needed for meditation.

Lama Zangmo said the building would block out light coming through the windows in the meditation room, which is used daily, and that light has already been lessened by a housing development built on the other side.

“We are concerned the development would block out light, about the noise because of what we do in here, and about losing the peace and tranquillity that is necessary for having a Buddhist centre in the heart of a busy community,” said Lama Zangmo, who has been at the centre since the Buddhists bought it in 2009.

“I think what’s important is that we are not against development – but it is the actual size and scale of it that we are against and we really worry about the closeness to the building and the density and over-development.”

“I think for people that live in London, a place like this is very important because there are huge pressures on people; a lot of people come here and seek refuge because of the peace.”

The Buddhist centre also has 60 solar panels on its roof, which it uses to produce green electricity, and Lama Zangmo fears they will produce less if the development goes ahead.

Student Urban Living Bermondsey Ltd and CKC Properties plan to submit their proposals to the council in August 2017.

If planning permission is granted, they expect to begin building in spring 2018 and complete the development by summer 2019.

Ben Johnson, Liberal Democrat councillor for Grange Ward, told the News: “This proposed development of more than 200 luxury flats for wealthy overseas students does nothing to help the housing crisis, will be totally unaffordable for local residents, and will tower over the neighbouring Grade II-listed old library.

“This site should be used for affordable homes for local residents and should be on a much smaller scale so as not to harm the important work of the Buddhist centre, a unique local amenity that is well used and much loved by residents.”

A spokesperson for CKC Properties and Student Urban Living Bermondsey Ltd said: “Unfortunately, there is a lack of purpose-built student accommodation in a city that boasts some of the best universities in the world, of which six are located within a five-mile radius of Bermondsey.

“Along with our discussions over several months with Southwark on the design detail of the project, we have also been in consultation with the local community.

“The feedback received has been used positively to reduce the scale, massing and position of the proposals, to better respond to the views of our neighbours, and reduce the height of the building.

“To minimise disruption during construction, the Considerate Constructors Scheme will also be adhered to.”