BUDGET 2016: Residents should prepare to see a little more litter around Southwark

Hundreds of thousands of pounds will be saved by "reviewing" staff structures, in face of heavy government cuts 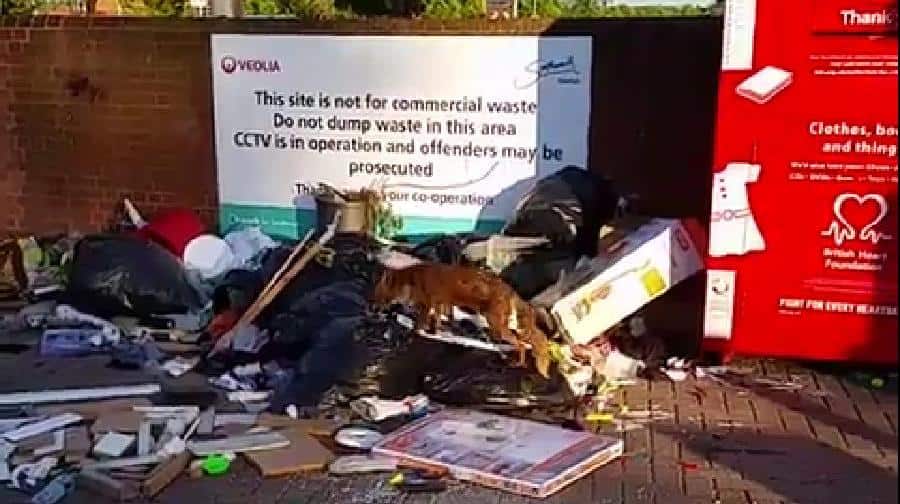 Disgusting: a fox scavenges for food in the huge pile of rubbish.

Labour and Liberal Democrat councillors from across the borough clashed last week over proposals to axe spending on environmental services.

The full-assembly meeting in Tooley Street on February 24 set out the council’s budget for 2016-2017, but was set against incoming government cuts of £47m spread over the next four years.

Councillor Fiona Colley, cabinet member for finance, modernisation and performance, laid out plans to save £7.1m from environmental services over three years – having spent £69m on the department last year.

A plan to scrap overnight street-cleaning across the borough was among the options in the council’s hand. But a decision was made to keep the service after disputes between the two parties.

Cllr Colley said: “We know how much Southwark residents value our clean streets, and we’ll do all we can to keep standards high.” She also called the amendment to keep overnight cleaning “excellent news”.

A statement made by the council later clarified that cuts will instead be made to “event catering” and “Tooley Street office running costs”. £400,000 is still to be saved by getting rid of management staff, while £50,000 is expected be made after a “review” of its staff structure.

There will also be reduced opening hours at recycling centres, and reduced hours of late litter collection in the borough’s parks.

Meanwhile the Liberal Democrat environment spokesperson, Rosie Shimell’s speech at the meeting condemned the plans, while pointing out that Southwark had the worst record for fly-tipping of all the inner-city boroughs.

She said the environment was one of the “most crucial” things a council can influence, and that residents would realise the council had “got something wrong” if they woke up each morning to find rubbish on their streets.

Speaking after the meeting, Cllr Shimell added: “It’s short-sighted to save money this year by cutting cleaning services. The Council will just end up having to find more money in the long-run to clean up the mess from more fly-tipping, more dumping and reduced recycling.”

Read more: The budget, the cuts and the tax rises behind it all /news/council-tax-hike-confirmed-as-southwark-council-prepares-for-deep-cuts/

Why don’t they just put up the council tax? . My bill has just gone DOWN . Its the one thing I don’t mind paying for but only for Southwark , not for Boris vanity projects

Southwark NewsNewsBUDGET 2016: Residents should prepare to see a little more litter around Southwark