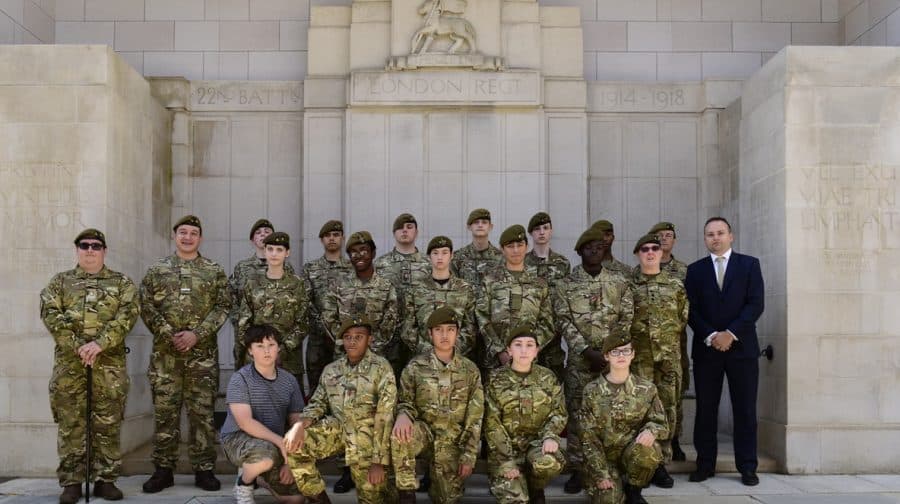 A bugler is being sought to sound out the Last Post at a WW1 Centenary memorial to the fallen soldiers of Bermondsey on Remembrance Sunday.

The ceremony, held every year at Old Jamaica Road’s memorial, pays tribute to the 972 men who were killed from the 22nd Battalion of the London Regiment (Queen’s).

But this year, because of the centenary of the Armistice on November 11th, the organisers do not have anyone to sound out the Last Post – meaning the search is on for a volunteer.

“We are particularly keen this year to have Last Post and Reveille played by a bugler or trumpeter during the ceremony but, unfortunately, none is available from military sources because of other ceremonies.”

Mr Swanson urged a volunteer from the public to get in touch who would be able to play the calls at the ceremony.

The short wreath-laying ceremony will be held at 10am on Remembrance Sunday, November 11th, which allows people to attend other remembrance events at 11am.

It will be conducted by clergy from St. James’ Church and will feature cadets from the 72 Detachment ACF on parade.

Members of the public are also welcome to attend the memorial, Mr Swanson said, which is situated near the junction of Old Jamaica Road and Abbey Street.