The Week That Was: Highlights of England’s success and build up to the Quarter Final on Bermondsey’s World Cup Estate

The latest from the Kirby Estate 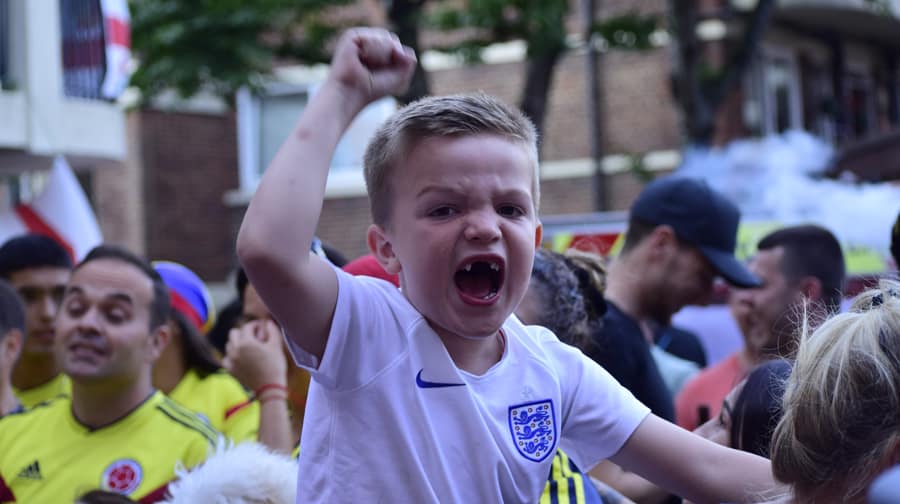 On the eve of our World Cup clash with Sweden, we look back at the week that was an extraordinary mix of emotions, with videos of residents on Bermondsey’s Kirby Estate during England’s victory over Colombia, writes Tobi Ojo…

The News joined residents on the estate, off Southwark Park Road, as they went through the highs and lows of Tuesday’s  game.

The world’s media gathered to witness the reaction of both English and Colombian fans on the council estate.

Last month after the News broke the story of the Kirby being decked with 300 English flags, it went viral.

The community spirit of this small housing estate has been celebrated, with the England squad even videoing messaging them from Russia.

The game against Colombia was the best example of this, as some of the Colombian families on the estate, joined their neighbours to watch the nail-biting clash, with drums and waving their national flag alongside the St George’s.

In injury time the Colombian’s thought it was all over until this happened – click below:

And it was all over for them after a tense penalty shoot-out that saw England sail victorious into the quarter final of the World Cup.

Click below to see the reaction of both fans

And speaking to the News, Geraldine Howard, 52, one of the three organisers of the ‘World Cup Estate’ could not have been happier – click below

And gallant in defeat the News spoke to one of the Colombian residents, who admitted our lads were the better team on the night – click below

Until then – Come On England!!!

Southwark NewsNewsThe Week That Was: Highlights of England’s success and build up to the Quarter Final on Bermondsey’s World Cup Estate