Residents have also complained of rats, and other minor faults in the new-build block in Camberwell 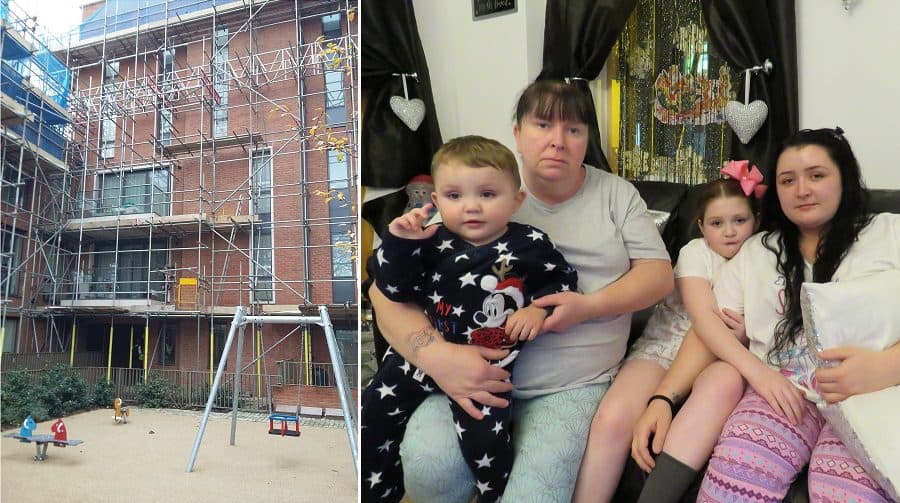 Fire-safety defects have been discovered in balconies on a block of council flats in Camberwell built only last year, the News can reveal.

Southwark Council confirmed on Tuesday that investigations by Geoffrey Osborne Ltd, the company which built the flats in 1-25 Piper Court, had found issues in the building’s balconies.

Last week residents received a letter from the council which said: “During remedial works to balconies in Piper Court, it was discovered that a construction defect may be present, which could mean that, in the unlikely event of a fire, it could spread between flats.”

The common fault was that fittings which join barriers on residents’ balconies to the walls “were not in accordance with the specification or were missing”.

But residents have also complained of problems with rats, and other more minor design flaws in their homes.

Scaffolding has gone back up on the block, which was completed in September 2016 as part of the Elmington Estate regeneration scheme.

Families were told last week they should evacuate in the event of a fire, rather than stick to the commonly-given advice to “stay put”, which assumes that a fire will be contained in an affected property. 24/7 fire marshals have also been deployed and extra alarms have been fitted.

A spokesperson for Geoffrey Osborne Ltd, based in SE1, said: “We are conducting a detailed investigation to establish how these issues occurred and what remedial works are required to resolve them.

“We are working closely with the London Borough of Southwark in keeping residents fully informed and will continue to consult with them to ensure minimum disruption while remedial works are undertaken.”

The council said it will also carry out checks at other new-build council homes sites across the borough, but said “at this stage there is no suggestion that this is a wider issue”.

On Monday, first-floor resident Lisa Wooler told the News her family have constant problems with their balcony filling up with rain water (see video above), and frequent problems with rats.

Lisa, 46, said: “The rats were a problem from day one. I’ve come from a very old building, and we never had a problem with rats. Then you come here and it’s terrible. It’s complete hell.

“Water doesn’t drain from the balconies, it just collects every time it rains until it starts weakening the wood underneath the board, and it gets really smelly.

“I live here and pay the rent and hope for the best. I’ve ask the council to be moved but they just said no.”

Her daughter Hayley, 24, who also lives in the flat with her son and daughter, added: “There was a rat under my daughter’s bed, and now she’s too scared to sleep there. And they were nesting in our sofa.”

Councillor Stephanie Cryan, Southwark Council’s cabinet member for housing, said: “Our highest priority is residents’ safety and we took action as soon as this issue came to light, and wrote to residents to inform them.

“We are currently looking into what remedial works may need to take place and will let residents know what the options are by the end of this week.

“I am extremely sorry that this has happened to residents and appropriate action will be taken. We will continue to let residents know as we receive more information.”