Burgess Park: Artist of Only Fools and Horses mural speaks of shock as cover-up mystery deepens 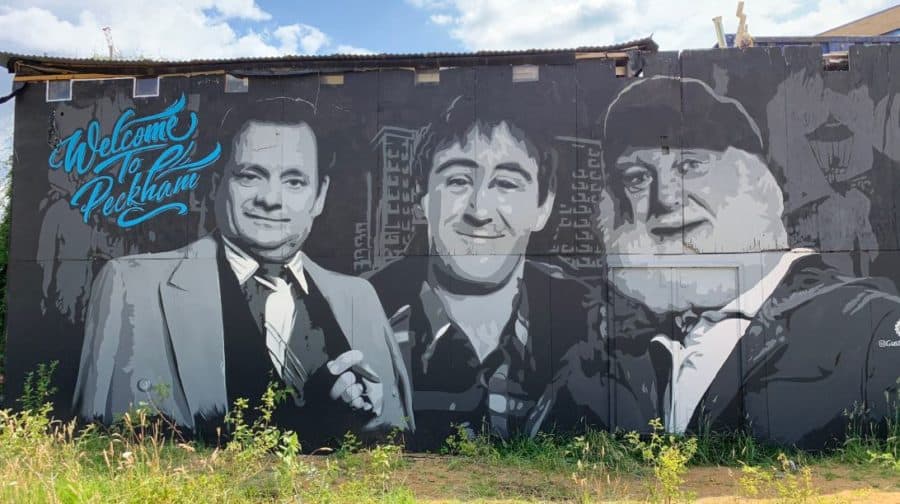 The artist of an Only Fools and Horses mural which was mysteriously painted over only a day after it was finished has spoken of his shock at the discovery.

Gustavo Nénão was not commissioned to make the impressive 1,700sq foot homage to Del Boy, Rodney and Uncle Albert in Burgess Park, but said “it came from the heart to bring smiles to people’s faces.”

The artwork was finished on July 13, attracting many admirers locally and online – but only one day later, three men who have not been identified were spotted painted over it.

“Sadly it was covered in black one day after it was finished, I don’t know by whom, but I’m sure it wasn’t the council as I had contact with the park management and council to get authorization for the artwork,” said Mr Nénão.

“The locals cannot believe it was painted in black.

“They must be just like me when I came back to see the art and it was gone! I got a shock!”

Teenagers had been planning on making a music video in front of the mural, and Mr Nénão told the News he had been inundated with responses from the community about what should go on the other side of the artwork. “It would become such an amazing neighbourhood personalized piece of art,” he said.

“Unfortunately it didn’t last very long. I have no idea who and why they would do it.”

Without knowing who the three culprits are that covered up the mural, the graffiti artist said he could not do the piece again.

“As long as we do not find those responsible I find it difficult to redo. I run the risk of losing art again,” he said.

But he added that the council – who some had wrongly blamed for covering-up the classic telly tribute – may be able to find him another wall within Burgess Park to do some more art.

“The council of the park is trying to get me another wall for it so I can do another job. They said they loved my job and want to preserve it somehow inside the park,” he added.

Cllr Rebecca Lury, who holds the culture portfolio for Southwark Council, said: “We were disappointed to learn that Gustavo Nenao’s many hours of skill and hard work – as sanctioned by the owner of the site of his Only Fools and Horses mural – had been painted over.

“Gustavo has since asked if we could find him an alternative location for his work and we are doing our best to help.”

Do you know who painted over the mural? Contact us on news@southwarknews.co.uk.