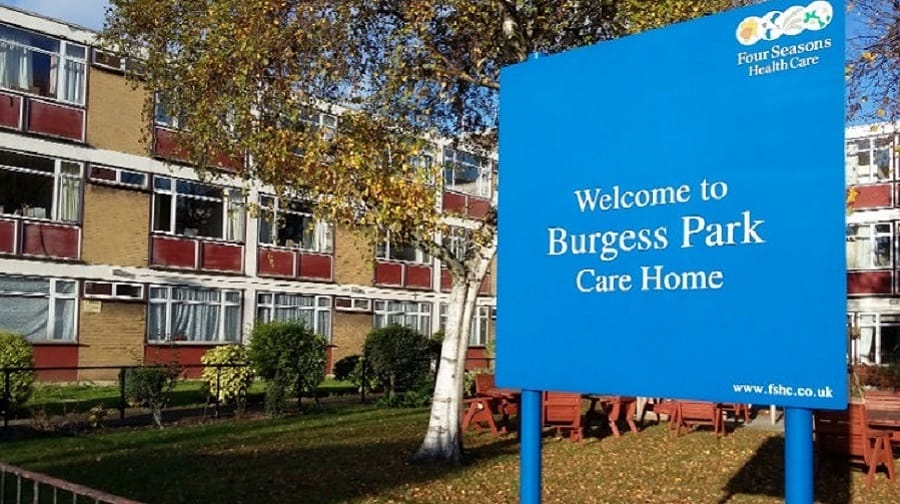 Burgess Park care home has been rated ‘inadequate’ by a health watchdog – almost two years on from being placed in special measures.

The care home, in Picton Street, Camberwell, was first placed in special measures in July 2015 and rated as ‘inadequate’ by the Care Quality Commission (CQC).

It later climbed a rung and was rated as ‘requires improvement’ by inspectors in December 2015, but remained in special measures.

At the time, inspectors found two breaches in regulations for safe care and treatment and good governance and asked the registered provider to send them a plan of how they would meet legal requirements – which they never did.

After its most recent routine inspection on January 23 and 31, the CQC rated the care home ‘inadequate’ again and kept it in special measures.

Inspectors found evidence that the provider – Four Seasons Limited – had made some improvements, and that a breach in relation to staffing had been met.

However, they found a continued breach of good governance, as well as new breaches of safe care and treatment and need for consent.

The ‘inadequate’ rating means that an embargo has been placed on the care home and the council cannot places residents at the premises.

The care home, which looks after adults over 65, will be kept under review and will be inspected again within six months – but it could face closure if the CQC decides to take action.

Tower Bridge care home, in Tower Bridge Road, was also previously rated ‘inadequate’ and placed in special measures in June 2015, but has since been rated ‘good’ during two consecutive inspections in June 2016 and more recently in March 2017.

“Council officers and local NHS clinicians are monitoring and engaged with the provider to ensure that this independent nursing care home makes all necessary improvements and maintains safe standards of care,” he said.

“The council and NHS will not be making new placements until the required improvements are effected, which would allow the nursing care home to come out of special measures.

“It is very pleasing to hear that Tower Bridge nursing care home has been awarded a ‘good’ rating by the CQC. I often speak to the families of its residents who tell me how well the home looks after their loved ones.”

“A lot of work has been done to improve the home after I had raised serious concerns with local council officers, and the company that manages the home, about the condition in which many elderly residents lived in,” she said.

“Despite this success, as the recent inspection at Burgess Park shows, there is still significant work to be done to provide high-quality and accessible care accommodation for elderly residents across the borough.”

HC-One Tower Bridge care home manager Arthur Tanare added: “We are delighted with this report which is a testament to the hard work that each and every member of the team puts in day in day out.

“We pride ourselves on providing outstanding care to residents and I would like to thank and congratulate the whole team for their energy, enthusiasm and commitment.

“The health and wellbeing of our residents is at the heart of everything we do, and we are 100 per cent focused on continuing to deliver the kindest care.”

The News contacted Four Seasons for comment regarding Burgess Park care home, but did not receive a response before going to press.