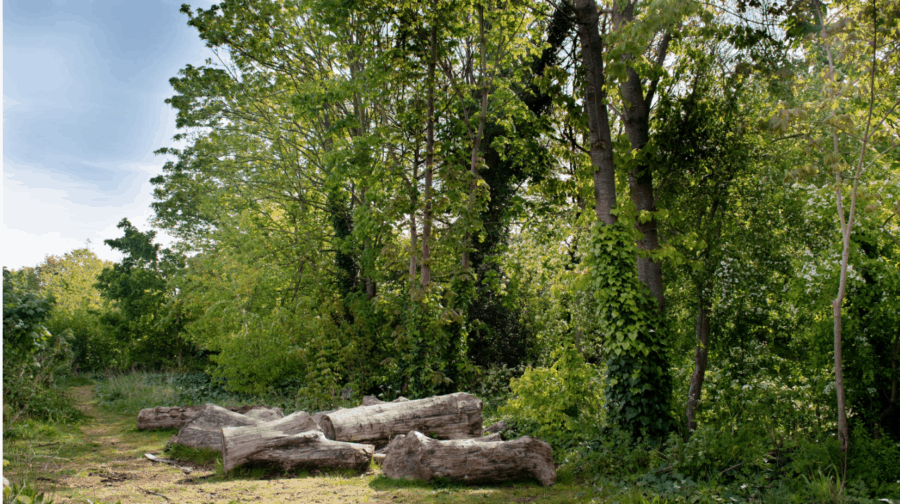 Activists are fundraising for an independent report into the natural environment in Burgess Park, in response to several proposals to build housing blocks next to the green space.

We have reported in detail on the proposals to build 32 flats on Southampton Way, on the south side of the park, in a building ranging from three to seven storeys. Council planners are due to make a decision in the months ahead, although no date has been set yet. All of the flats in this block would be “affordable”, although only six would be socially rented.
Four other housing developments could be built on nearby Parkhouse Street in blocks up to twelve storeys high, depending on decisions to be made by Tooley Street planners.
Community group Friends of Burgess Park objects to these plans on environmental grounds. Activists worry that the tall buildings will block out much of the sunlight, with potentially ruinous effects on the park’s plants and the animals that live among them.

Burlington, developers of the mooted Southampton Way homes, say that their environmental impact assessment takes into account the shadowing effects of the proposed buildings.
“Concerns have been raised by some objectors about the potential overshadowing of the proposals upon the park, and the impact this may have upon its biodiversity,” boss Philip Patrick said in April.
“It should be noted that where the highest levels of shading will occur, close to the building, species have been chosen that thrive in shaded conditions. All areas of native planting will receive sunlight for significant periods of the day and as many of the species are shade tolerant, will continue to establish.”
But Friends of Burgess Park argue that impact assessments like this are “dismissive” and not wide-ranging enough – which is why the activists want to commission their own for the Southampton Way site.
So far they have raised more than £2,200 – well ahead of the original target of £1,500. They plan to commission the London Wildlife Trust, which has already done a survey of Burgess Park in 2013. Friends of Burgess Park are also planning another survey for the St George’s Way woodlands on the east side of the park.
To donate visit: crowdfunder.co.uk/burgess-park-woodlands

Don’t get me wrong it’s a nice idea but out of all them flat what are for social housing or are they all private, if they are they will probably be seating there empty like all the other properties that have been build ,which could go to family who need them ,like family’s who have children with special needs .

Right, lets get this started from the time of the clearances of homes and buildings of historic interest by the GLC we were imformed that the park would not be built upon in the future EVER! We gave up a home to allow the park to be expanded and also lost contact with the community that was in places around 100 years plus present. To build on the park is not allowed and the promises of the past should be maintained.
North Camberwell/North Peckham is gone as the streets and historic houses have gone to grass and trees. Roads are now closed and it is a shame that the need for more homes is still there. BUT no one considered the people at the time of the 60s/70s that needed homes we had to find our own without help from the council or park. No offer was made to house us in leafy suburbs. Now I declare that the borough is full and all green spaces should be protected and if possible protested to the damage made to the trees and other eco areas.

The area even before the bulldozers came had green areas and parkland with homes that housed the displaced through the war & after. We lost the canal and the wildlife it had in it, swans and ducks not to mention the crested newts and sticklebacks. NO enough of the criminal intentions of councils. You are not ruining the whole place with your back hand developments. Enough is enough you took down out history leave alone that which replaced it.

I ought to mention the family was in Camberwell for some considerable time and knew other long time families. I am disgussed at the suggestion of such things and the uglyness of the buildings which are not in keeping with the likes of Evelina Mansions and other Victorian/ Edwardian houses. Such as Addington Square. The bombs that blew down the homes there were classical buildings and I believe Mews for horses and carriages. The area around Victory Square was unique as a model of the appartments designed by Prince Albert were once there.