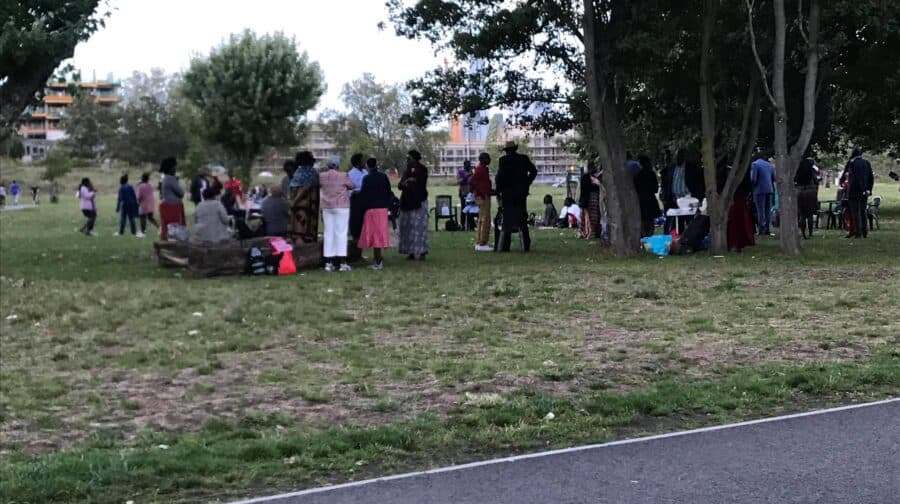 As the News has reported, since lockdown Southwark’s green spaces have seen unprecedented numbers through their gates with parties, large gatherings, and illegal BBQs all taking place throughout the day and night.

Loud noise, anti-social behaviour, and littering are all taking their toll. Southwark Police have confirmed they are ploughing more resources into the issue – with the Met responding to up to 20 raves per day across the capital.

The council and police have also been actively contacting the organisers of events promoted on Facebook in an effort to discourage them from going ahead.

When approached by residents asking for the music to be turned off, the group refused to leave and police were called. A large party was also underway near the rugby pitch.

Noise reportedly continued until at least 1am, despite police seen arriving in Trafalgar Avenue at 10am.

Meanwhile, Aylesbury Estate residents reported noise until nearly 3am from the park, including music from speakers and singing over microphones.

The Friends of Burgess Park have now written an open letter to the council asking for more information about its enforcement strategy.

Residents say council responses outlining more patrols, extra bins, and coordinated work with the police, the action is simply not enough to deal with the scale of the problem.

“Park users and local residents need more information about what the council and police are doing,” Susan Crisp, from Friends of Burgess Park, said.

“We appreciate the efforts the police are making to manage and where necessary disperse large crowds, and also the hard work of the park staff and gardeners who clear up every morning, but we need more to be done.

“Burgess Park is a magnet for late night activity because it cannot be locked.  We do not want to stop people using the park but it is not a club or festival venue.”

Police have a dedicated team responding to a huge number of calls about raves and large parties in public spaces, and the police helicopter flying overhead has become another familiar sound in Walworth.

It is also hoped new police powers to fine rave organisers up to £10,000 will help prevent the largest disturbances.

So far, the only thing that appears guaranteed to work is bad weather.

Southwark neighbourhood inspector, Tom Cornish, says Dawson’s Hill had been quieter in the last few weeks after multiple dispersal orders and regular patrols – including at night.