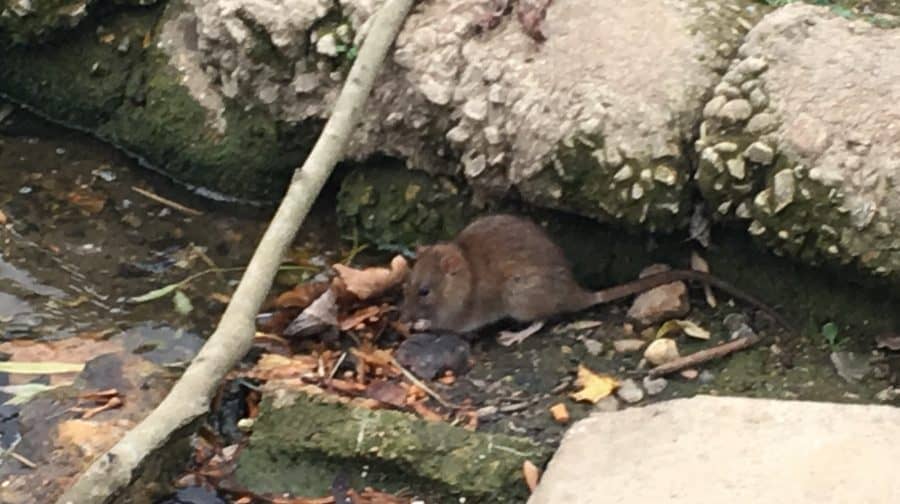 A persistent rat infestation at Burgess is disgusting anglers and park-goers, with packs of rodents roaming about day and night, writes Christopher Carey.

As the News has reported, Burgess Park is facing an escalating rat problem, which has been blamed on visitors leaving food out for birds that attracts vermin.

Footage taken from the park last Friday shows a group of rats by the lakeside, in full view of the public – and they don’t seem to be too scared of humans.

Many park-goers are aware of the issue, and some find the situation very distressing.

Park-goer Jane said: ‘’It’s gross, I saw them climbing out of the water, they’re everywhere.’’

Exposure to rat urine can lead to Weil’s disease, a debilitating condition that can result in death. At least four people have died in the UK over the past ten years after contracting the disease.

Some anglers have taken to laying their own rat traps to curb the problem, and claim the council is not doing enough to solve it.

And the rats seem to be getting increasingly used to being around humans. One runner took to Twitter to share a video of a rat curled up in the middle of his running route.

What’s going on with rats in Burgess Park, Southwark Council?
Lived here 5yrs, hadn’t seen one til 2018 – now see them EVERYDAY inc this one SLEEPING ONE THE BRIDGE adding an extra HURDLE to my run!
No BBQs and litter not to blame!
?????????@lb_southwark @Southwark_News pic.twitter.com/AmR0zvd85Y

The council says it is avoiding poison to protect other wildlife, and insists budget cuts are not responsible for the problem.

Cllr Victoria Mills, Cabinet Member for Finance, Performance and Brexit, said: “We have recently increased the number of checks in this area and are currently working to reduce the spaces in which rats make their homes.

”We try to avoid putting down poison in open areas, like parks and around ponds, because it can be harmful to other innocent species.

”The location of the problem is also a concern, as there is a risk that poison could get into the water and do further damage.

”This is why we are keeping a close eye on the situation and taking preventative measures, by removing the rats’ homes and trying to limit their food sources.”