The hub has been forced to end its work which taught kids, locals and homeless people bike-repair skills and fixed bikes for free 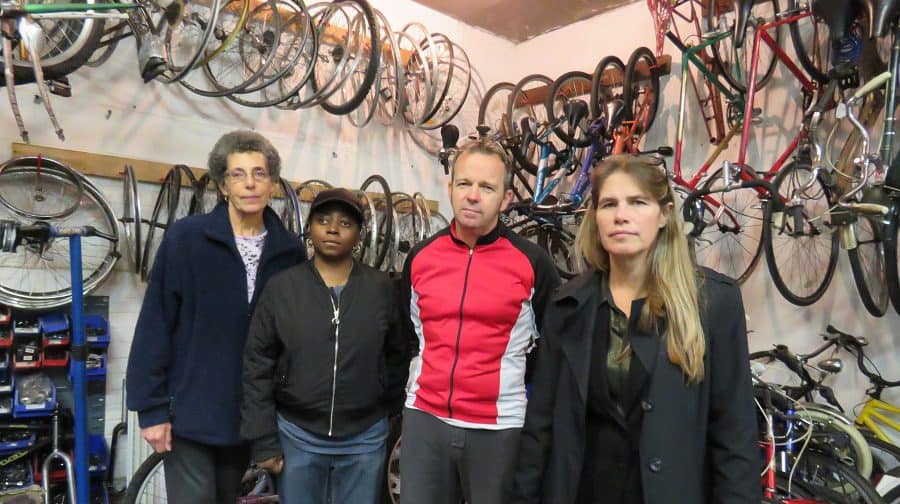 Volunteers on the Sceaux Gardens estate in Camberwell are appealing for donations of old power tools, after their Community Cycling Hub was burgled.

More than £10,000 of equipment was taken from the hub, which offered free bike repairs and gave children and homeless people the chance to learn fixing skills.

Sue Elvidge, who runs the Cycling Hub, said it was burgled in the early hours of Wednesday, August 4. “They took all the tools, and one child’s BMX, even though it had a buckled wheel. And there was actually some high-end stuff that wasn’t stolen,” Sue said.

The Hub used to open Tuesdays and Thursdays from 11am to 1pm every week, and five day a week during the holidays. But since the burglary the whole thing has “completely slowed down”.

Sue set up a crowdfunding page, but the group was disappointed to muster only £315 before its deadline for pledges ended on October 9. They say their best hope now is that locals might donate their old tools.

After police were called, it was discovered that the crooks had got in via a corner of the building not visible from anyone’s home. “They broke in through glass panels that we didn’t realise it was possible to get in through,” said Sue. “Once they were in they just opened the front door from the inside.

“Forensics came, but they said the people must have been wearing gloves because there were no finger prints.”

The Cycle Hub was a simple wash room before the council offered it to them in spring 2014 to use for three years.

“Our clientele is a whole cross section of the community. One of the supporters is 84, we’ve had a lot of people from outside the estate as well. We had an overwhelming response from people,” said Sue.

The hub was used by social enterprise Squeaky Chains, run by St Mungo’s Charity. Help was also given from the PemPeople group which operates from a bike shop in Peckham High Street.