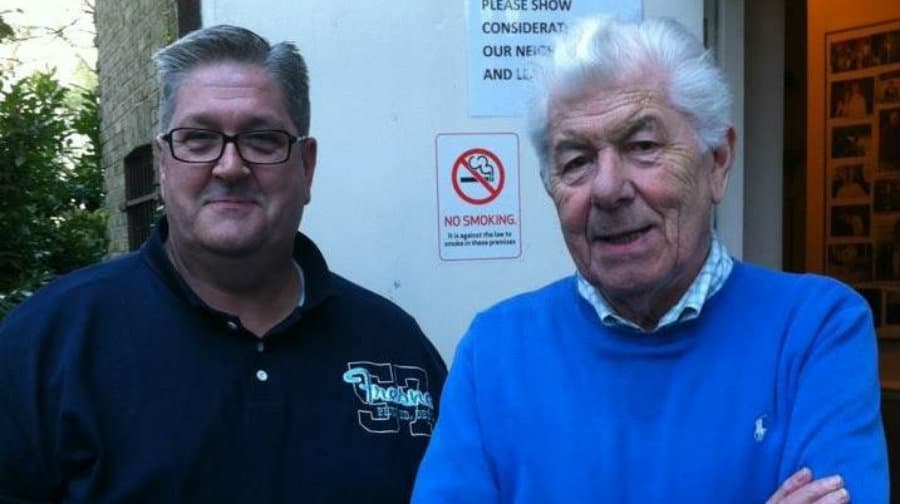 A Bermondsey church social club’s fundraising money was burgled in the early hours of Sunday morning, leaving its members “heartbroken”.

Armed with crowbars and bolt cutters, the crooks are believed to have chosen their moment to strike just after the humble function room had finished hosting a birthday party.

Among the thieves’ petty spoils from the St Peter & The Guardian Angels Roman Catholic Church were left over booze. But they also made off with a donations-pot with funds for the British Lung Foundation.

After discovering the mess they had left on Sunday, the social club’s chair, Michael Hannon, told the News he was “shocked”.

“The charity money was for my daughter’s fundraising, and we had stored in the cellar where I thought it was safe.”

Michael believes they may have tried to break in at 1am, when everyone had left the party, but they were or how is a mystery.

“They would have set off the alarm, but no one came to check. So after another few hours I reckon they realised it was safe to have another go and would’ve broken in at something like 4am,” Michael said.

“The moment I realised was when I came in about 11.30am to turn the heating on and set up.

“I saw the kitchen door was ajar. That’s when I knew, straight away, the place had been burgled. It was heart-breaking.”

Michael runs the club with his dad John Hannon, who started taking care of the place 30 years ago with Michael’s late mum.

“We run on a shoe string and all of our members chip in to keep the place going. It’s what the club is all about and we’re strong for it,” Michael said.

“We do charity and fundraising all the time. None of this is commercial. We help pubs and local groups and they help us in return. The repairs from the break-in will be the first time we’ve paid for professional help in something like fifteen years.”

“It was a lot of money they took. I don’t want to say how much, but I’m going to put it all back in the charity pot myself.

“The police have told me there’s a lot of crooks targeting pubs, and they’re already a dying breed.”

Michael added that the burglars also came across a small amount of the money they had hoped to donate to Tilly Browne, a 24-year-old Bermondsey woman suffering from an extremely rare cancer-causing condition.  He said: “Anyone with a heart should give their money to help Tilly’s cause, regardless of what happened to us.”