'I think they are scum bags – and that’s being polite' 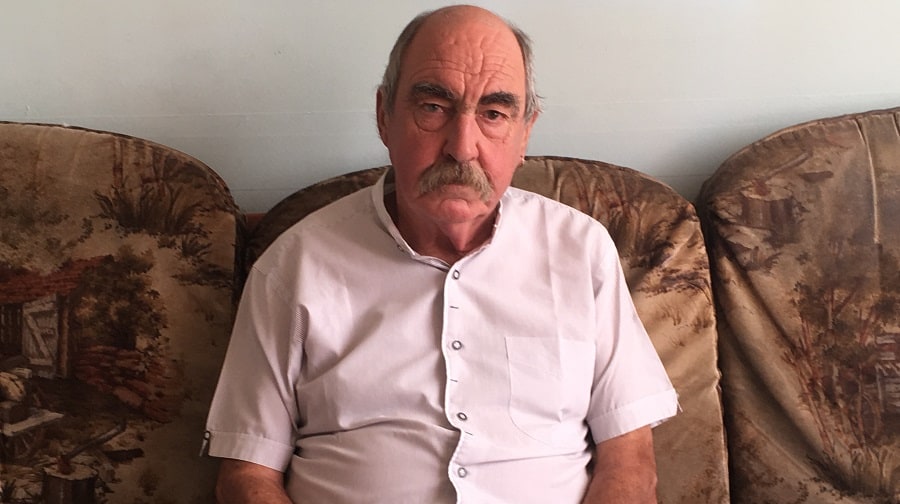 Ray Davis, 69, has pleaded with burglars to return his late mother's wedding and engagement rings

A pensioner has pleaded for his late mother’s engagement and wedding rings to be returned after his home was burgled while he was on holiday.

Thieves also snatched a fruit bowl full of change worth about £300, a small safe, three mobile phones, a gold chain, a new wallet, and four watches when they broke into Ray Davis’ flat in Rotherhithe.

Bizarrely, they even stole four deodorants from the 69-year-old’s bathroom at his flat on the Westlake estate.

Mr Davis, a retired lorry driver, said he didn’t care about the money stolen – but that his mother’s rings were sentimental, as well as the mobile phones which contained photos of his partner who passed away in 2015.

“It’s not so much the money, it’s the fact there was a platinum diamond ring and a platinum wedding ring which belonged to my mum,” said the pensioner, who has lived on the estate for 21 years.

“I want to get the rings back; they can keep the money and the watches.

“They didn’t even go through the drawers or anything – they just saw what they wanted and boom, they were out of here.

“I think they are scum bags – and that’s being polite.”

Mr Davis said he returned home at about 6pm on Monday, August 14, to find his bathroom window “hanging out across the balcony ripped right out”.

The pensioner said he believed it had been the work of two people, as the fruit bowl would have been too heavy for one person to lift through the window.

Mr Davis also said incidents of that nature were becoming “too regular” after a woman in another flat on the estate had her mobility scooter stolen the week before he was burgled.

A police spokesperson said there had been no arrests and that enquiries continued.

“Police were called to an address in Rotherhithe New Road SE16 to reports of a burglary,” said the spokesperson.

“The incident took place overnight between August 13 and 14.

“A window had been forced and items of property stolen, including two rings and other jewellery.”