One man suffered minor injuries during the collision 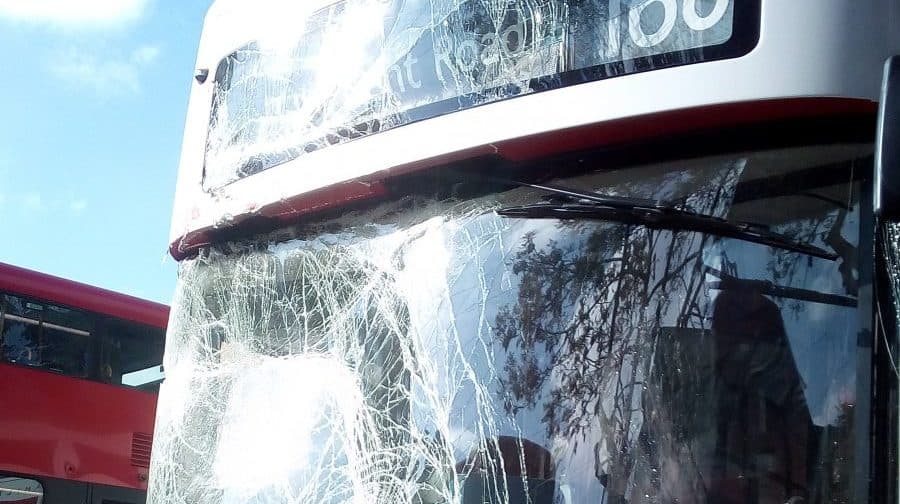 Three buses were involved in collision outside London South Bank University this morning.

One man suffered minor injuries as a result of the crash on London Road at around 9:50am, which involved both the 53 and 168 bus services.

A witness told the News that the collision left the 168 bus with smashed windows on its front and top – and the 53 service looked as if it had caught fire from it its back. The crash involved the number 53 and 168 buses Image: Mark Leishman)

Photographer Mark Leishman, 39, told the News: “Me and my friends was coming from Imperial War Museum and saw the three buses crashed.

The Elephant and Castle resident added: “The 168 had the front and top windscreens smashed in. There were work men trying to clear up all the oil off the road.”

A Met Police spokesperson confirmed the collision and said: “Three buses were involved in a collision where one man suffered minor injuries.

“London Fire Brigade and London Ambulance Service were also in attendance and the initial operation would have been led by LFB.

“No arrests were made.”