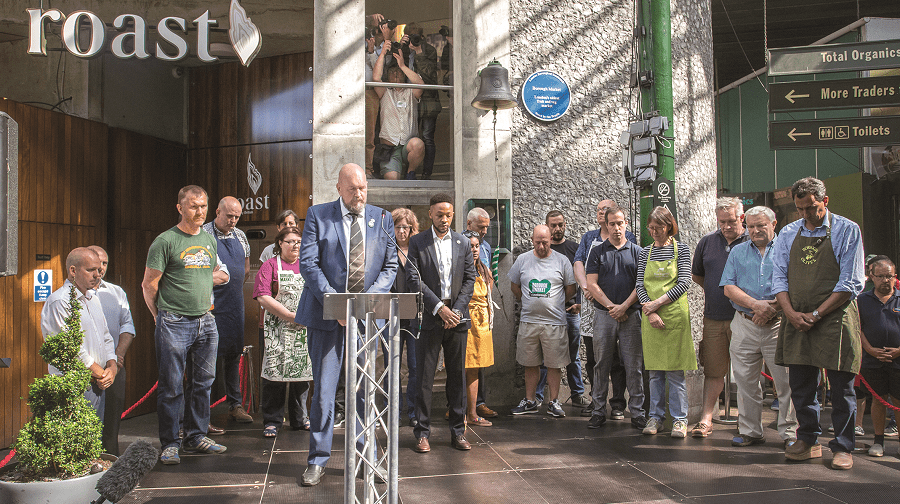 The Government needs to “pull its finger out” as businesses caught up in the London Bridge attack are still awaiting insurance payouts because the Treasury is yet to officially declare the incident “terrorism”, says MP Neil Coyle.

The attack, which saw three terrorists kill eight people after driving into pedestrians on London Bridge with a van and then stabbing victims in and around Borough Market, were condemned as “a brutal terrorist attack” by Prime Minister Theresa May within hours.

Yet small, independent market traders and businesses surrounding London Bridge have been left in limbo for weeks because insurance providers are unable to pay out until Chancellor Philip Hammond officially classifies it as terrorism.

Mr Coyle, MP for Bermondsey and Old Southwark, blasted insurance companies for not reflecting the community’s defiant spirit in the wake of the attack.

He also claimed the Government was willing to stand by and allow businesses and jobs to be lost.

“These are big sums for what are small, independent businesses and they don’t want to be named but one is basically going under,” he told the News.

“They are worried that even if the Government pulls its finger out and gets this properly listed as a terrorist attack, the insurance won’t properly cover their losses.

“I think the Government needs to sharpen up on this; it’s all very well to keep saying that terrorists cannot win as ministers do, but the Government seems to be willing to let businesses and jobs be lost.”

Mr Coyle added that he believed insurance payouts should cover businesses for the entire eleven-day period Borough Market was closed.

“I do think if you have an eight-minute terror attack on a Saturday night that the business interruption clause should cover from when the business is shut,” he said.

“The market was shut for more than a week – not because the attack was going on for a week, but because the police needed to close it for their investigation.

“It seems against the spirit of what we saw happen on the night with the response from the emergency services – the only people who seem unwilling to reflect that spirit are the insurance companies and we cannot allow any business to go under or jobs to be lost.”

The recently re-elected MP said he hoped to speak during Prime Minister’s Questions yesterday to invite Theresa May to meet market traders and businesses to see what support was needed to prevent any jobs or businesses being lost.

Darren Henaghan, managing director of Borough Market, said: “This remains a very difficult time for all at Borough Market and first and foremost we’ve been overwhelmed by the support we’ve received from the local community and individuals who have come back to support our traders and given generously to our trader support fund.

“Many of our traders insurance policies are not expected to cover terrorist attacks – and those that do are facing lengthy delays.

“Some policies may pay out but others are unlikely to and those traders who were specifically covered for terrorism are still waiting for payments pending the Treasury verdict.”

A Treasury spokesperson said: “Following an established legal process, we certified the Manchester and Westminster attacks as terrorist incidents for the purposes of insurance after discussions with the relevant police forces.

“We are currently in active discussions with the Metropolitan police regarding the London Bridge attack and are confident that we will be able to provide certainty to insurers shortly.”