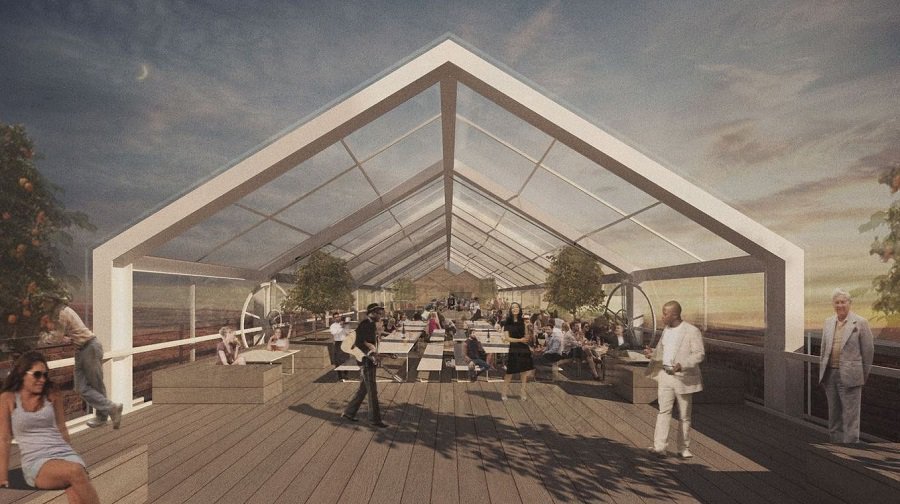 Peckham’s Bussey Building is set to have a huge, glass retractable roof built over it, after planning permission was given last month.

The former cricket bat factory is known across London as a trendy centre for start-up companies, whilst its roof has become a bar and open-air cinema venue during the summer, boasting views across the borough.

And after a successful application to the council by the Copeland Park Partnership, the Bussey will get four sections of glass roof, 60 per cent of which will be retractable.

The firm says the roof will “remove the existing impact of seasonality and enable to use of the space throughout the year” and reduce the impact of noise for local residents.

The plans were designed by Kennedy Woods Architecture, who are also based in the Bussey Building.