Bermondsey Street Bees is found on one of the roofs on the road and its honey has also won the top, three-star Great Taste Award rating 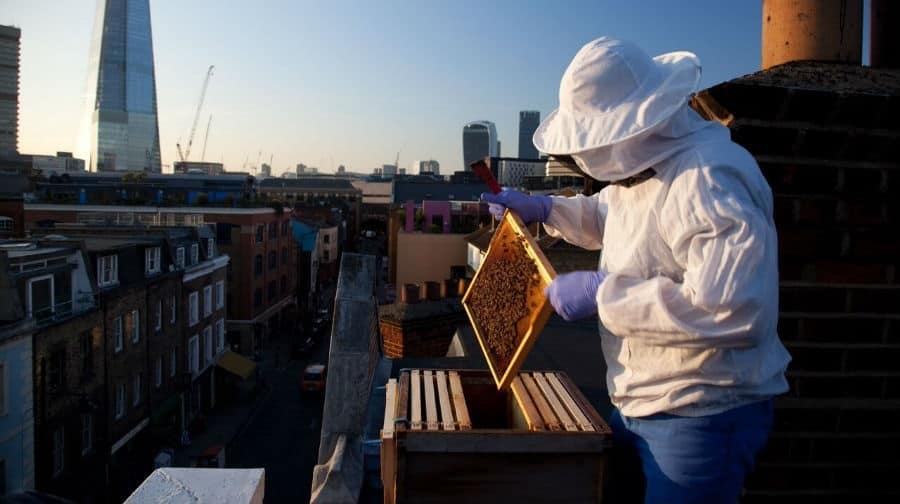 A buzzing Bermondsey Street apiary, which is partly run by a keeper allergic to bees, has been named Small Artisan Producer of the Year at the Great Taste Awards for its honey.

Bermondsey Street Bees is found on one of the roofs on the road and its honey has also won the top, three-star Great Taste Award rating, along with being nominated as one of the Top 50 foods in the UK.

Dale Gibson in the kitchen

Run by Dale Gibson and Sarah Wyndham-Lewis, who is allergic to bee stings, it was started in 2011 and comprises of just eight hives competing against around 3,000 others within ten kilometres of Bermondsey Street.

Dale said: “There’s a great history of making honey in London dating back a thousand years to monks keeping bees for wax.

“I think if you went back to those days and saw Bermondsey Abbey you would see the place busy with bees.

“We owe a great deal to the people of Bermondsey because it’s down to their plants and Southwark Council for their planting. Without the green spaces the bees would not be able to produce much.”

Great Taste, founded in 1994 and organised by The Guild of Fine Food, has judged more than 110,000 products in the last 22 years, with each one being blind-tasted by a team of judges.