Austin has seen near-fatal misses between bikes and lorries 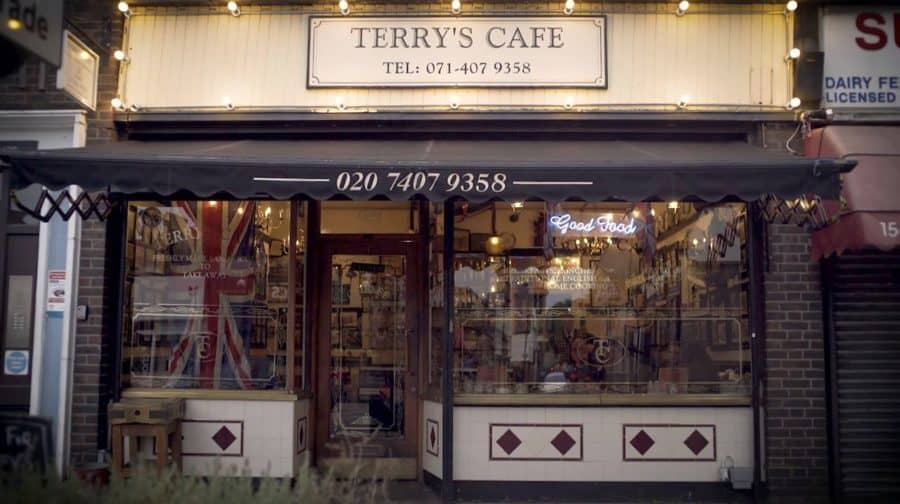 A cafe owner on Great Suffolk Street is pleading with Southwark Council to reverse the road changes he says could result in a fatality at any moment, writes Simon Throssell…

Austin Yardley, the owner of Terry’s Cafe, said that confusing signs on the entry into Great Suffolk Street had caused a ‘few near misses with lorries and cyclists.’

Based on their ‘observations and community feedback’, the council introduced a one-way system and installed a number of no entry and banned left and right turn signs.

However, Mr Yardley maintains that he received no contact from the council.

Speaking to the News, Austin said: “Someone has come to this decision and honest to God, it’s outrageous.

“Great Suffolk Street has always been a main street in the area with its parade of shops so this defies all logic.” 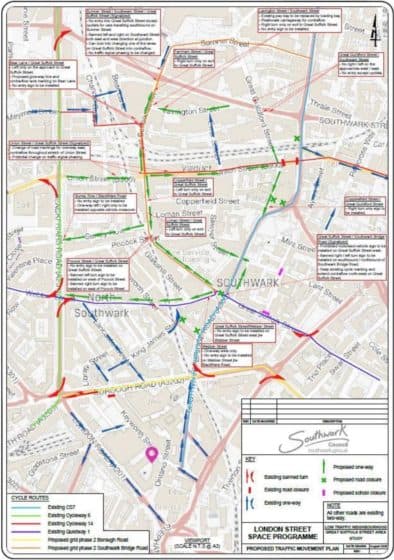 Anecdotally, Mr Yardley has spoken to residents and other businesses who share his frustrations and have had to make ‘significant’ detours to their usual routes.

“The road signs are confusing meaning that three and a half-ton lorries are being forced to do three-point turns in the middle of the road.

“My concern is that there will be a fatality as I see a few near misses every day.

“Cyclists seem to think it’s their right of way and just the other day I saw one arguing with a skip lorry driver.”

Great Suffolk Street was identified as a key cycling route by the council as it connects cycleways CS7, Q1 and C4.

It is also a popular walking route providing access to the Tate Modern on Sumner Street.

Austin hopes that these measures, which “should never have been put in in the first place”, will be reversed to benefit businesses, residents and to prevent any serious incidents from happening.

No mention of all the vehicles ignoring the no entry sign and travelling the wrong way up Great Suffolk Street? I for one will not be buying my coffee from Terry’s ever again.
It’s a shame that Southwark News has decided to misrepresent LTNs when the majority of people support these measures.

“majority of people support these measures”

I live locally and I was not consulted.

Having said that Clint, I am delighted by the prospect of never meeting you in Terrys.