The victim, who is in his 80s, has made a full recovery, police said 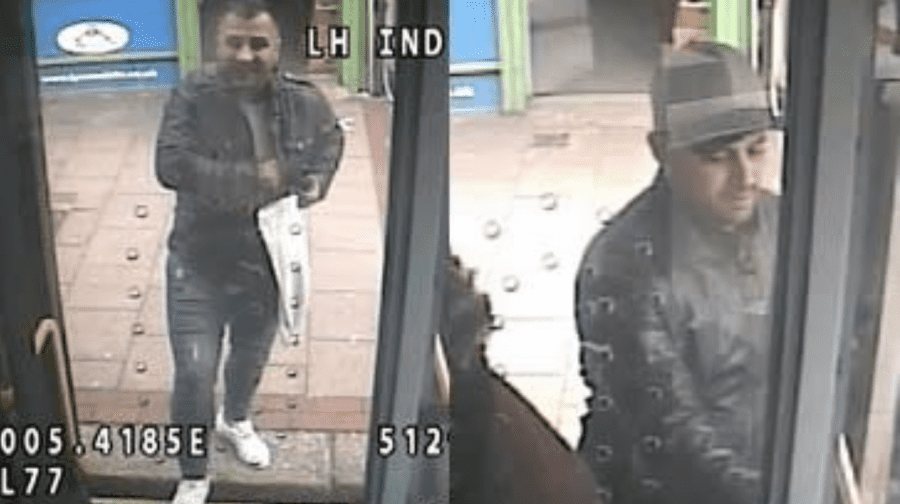 Police have released images of two men they would like to speak to after an elderly man was attacked and robbed in a “terrifying” incident in south-east London, writes Kit Heren…

The victim, in his 80s, was assaulted and had “a significant amount of money” taken off him after getting cash out from a bank in Woolwich on March 13. He has since made a full recovery.

Now officers have released images of two men they want to talk to, who might be able to help them as they investigate the attack on Angelesea Road.

The men, described as being in their late 30s and of Eastern European appearance, were on the same bus as the man before he was assaulted, police said.

Detective Constable Kate Bennett, who is leading the investigation, said: “This was a callous attack on a vulnerable, elderly man, who was left with pain in his back and a significant amount of money stolen from him. We are keen to speak to these two men to establish what happened.

“If you have any information which could help us identify these two individuals please call police on 101.

“This elderly gentleman deserves your help to catch them. No one should have to endure an intimidating and terrifying attack such as this.”

If you recognise either of the men in the footage please call police on 101 or tweet @MetCC and quote CAD 2542/13 March.

Alternatively, if you wish to remain anonymous you can contact independent charity Crimestoppers on 0800 555 111.