The moped driver made no attempt to stop 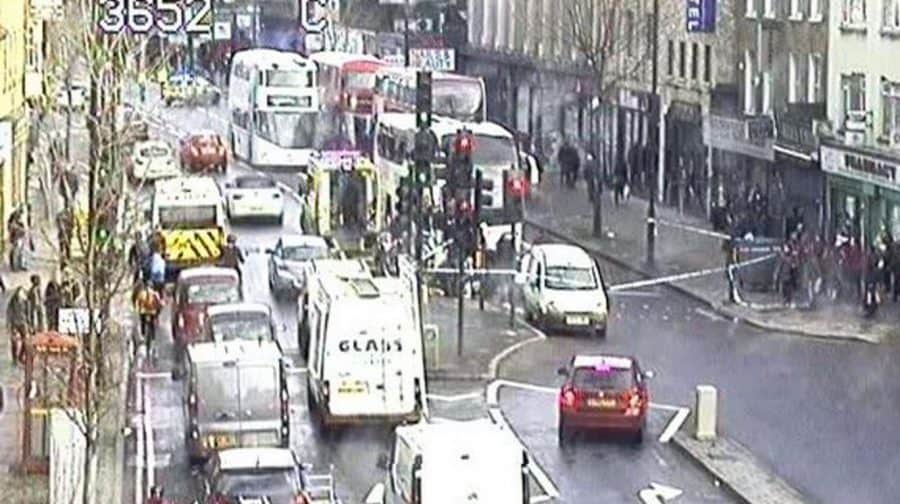 An image of the aftermath of the incident

A young woman was knocked to the ground by a “callous” hit-and-run thief driving a stolen moped on Monday.

The woman in her twenties was struck as she crossed the Old Kent Road, near the junction with East Street.

After the collision at 5.15pm police lined the crossing with tape and closed the west-bound lane causing long traffic delays.

A Met police spokesperson has confirmed the woman was left with an injury to her leg, and her condition was not life threatening.

Inspector Kelvin Jackson-Robbins told the News: “The victim was simply crossing the road having been shopping when she was hit by this moped who had crossed over to the wrong side of the road.

“The rider of this moped was utterly callous and made no attempt to stop, help the female, or call an ambulance.”

They also believe this incident could be linked to a spate of thefts by individuals riding mopeds on the same day in Dulwich.

Southwark Police are now appealing for witnesses or anyone who can help them with their enquiries. Call them on 0207 232 6483.