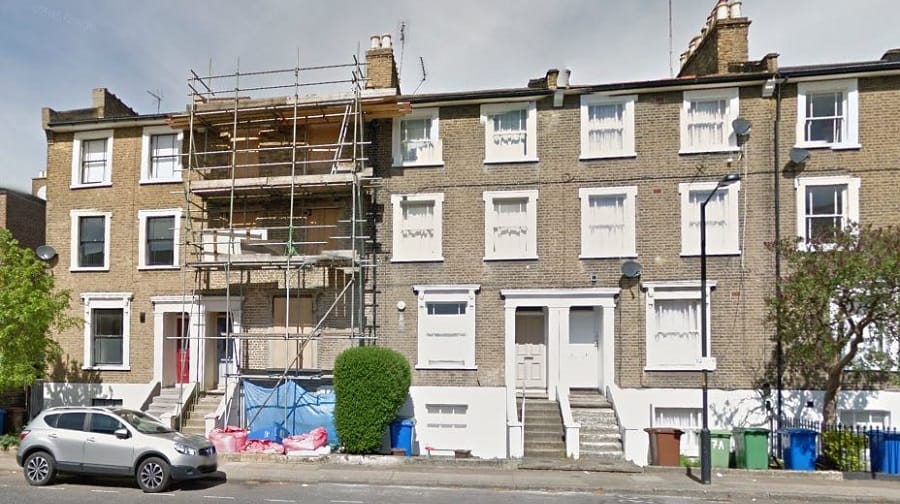 Residents have urged the council to bring an “eyesore” house – which has stood empty for 20 years – back into use.

A five-storey terraced house in Brunswick Villas, Camberwell, which is covered in scaffolding and has its windows boarded up, is said to have been unoccupied for two decades.

A similar four-bedroom house in the same street sold for £1,035,000 in December 2017 according to property website Rightmove.

People living in the area say the building is “an utter waste” and are now calling for the council to do what they can to bring the property back into use as a home.

A resident living nearby, who did not want to be named, said he was “exasperated” with the situation.

“It’s totally unsightly; there’s scaffolding at the front and the back, and all the windows are boarded up.

“It’s a beautiful structure – it’s a five-storey Victorian terrace and it is an absolute utter waste with all these people needing places to live.”

Resident Eleanor Margolies (pictured right) , who is also a Southwark Green Party candidate, said she contacted the Empty Homes Agency and council when she first noticed the boarded-up house in 2002.

“I was told then that the council was in negotiation with the owner,” she said.

“It’s a scandal that the house is still unoccupied fifteen years later; this is a shocking waste when so many in Southwark are in need of a home.”

In response, a council spokesperson said the local authority had already begun the compulsory purchase process and would try to speed it up.

“We have been working for many years to encourage the owner of this property to bring it back into use,” said the deputy leader and cabinet member for housing.

“Negotiations failed to see any progress, so we started the process of compulsory purchase in 2015.

“However, there have been some delays in relation to legal issues and we will review the situation with this property to try to get things moving more quickly.

“An empty dwelling order would not be appropriate for this property for several reasons including the extensive repair costs.”