Tragically this is the second heroic loss the family has suffered in just three years, as Jimi's cousin was stabbed outside Clapham South Tube Station 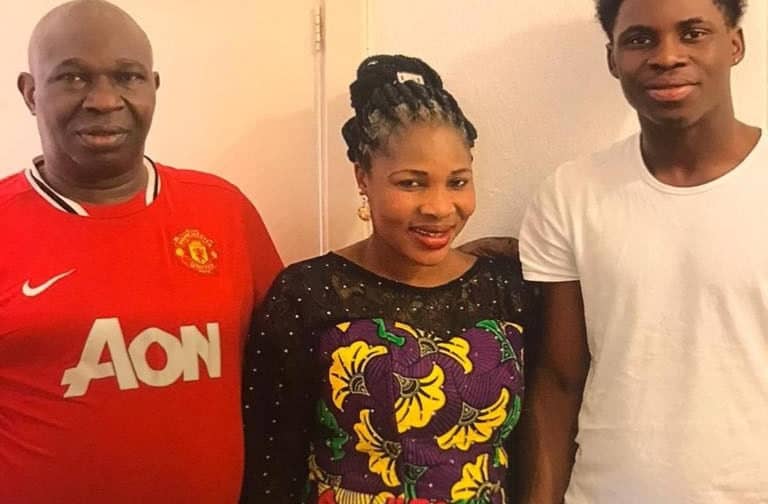 Jimi with his parents

Calls are being made for Folajimi Olubunmi-Adewole to be awarded the George Cross, after heroically diving into the River Thames and dying as he battled to save a drowning woman in the early hours of Saturday morning.

His emotional father Michael Adewola told the News: “I would like his memory to be honoured, I would appreciate it.”

Many people have suggested that Jimi, as he was known to his friends and family, should be awarded a George Cross, the highest honour for someone who is not in the army. Anyone can nominate someone for the award. The Cabinet Office reviews all recommendations and puts some forward to the Queen, who makes the awards.

Jimi’s tearful mother Olusankami Adewole called their son “a special, loving young man.” She told the News this week: “He was a very good person and had a very good heart.

“He saw the woman in the river and jumped in. He took off his jacket and jumped in. That is enough. This country should celebrate him, honour him and [give him an] award. 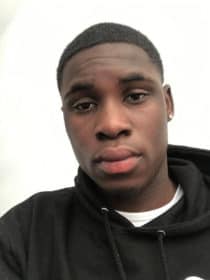 Michael added: “Jimi was very nice, very kind, he meant everything to us. He took care of his family and everyone.”

Tragically, this is the second heroic loss the family has suffered in just three years. Jimi’s cousin Malcolm Mide-Madariola was stabbed outside Clapham South Tube Station in 2018 aged seventeen, after defending a younger friend from two attackers. Jimi had a forearm tattoo commemorating Malcolm, described at the time as a “calm, mature boy” and “an excellent role model”.

Malcolm’s father Olumide Wole-Madariola said: “Malcolm wasn’t properly appreciated at all. People told me ‘Your son did the job of the social services’, to confront two guys with knives and defend a young boy.

“People have to push the idea of an award, otherwise everything will die down and it won’t happen… Jimi was a true hero and we need to remember him.” 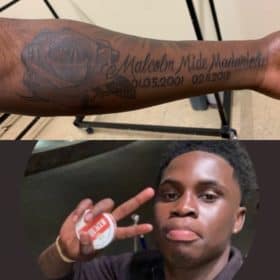 Both Jimi and Malcolm were students at Harris Academy Peckham. Jimi left three years ago after spending six years at the school. Principal Rebecca Hickey called him “a wonderful young man” with “beautiful manners” and hailed his “awe-inspiring” bravery.

Students at the school joined in a two-minute round of applause on Monday in Jimi’s honour. Staff are also planning to work with Jimi’s parents to create a physical memorial to him on the school grounds.

“We’re very keen that he is recognised as the modern hero that his act deserves,” Hickey said. “The more we think about it, the more incredible his bravery seems, the fact that he was able to see this woman and then jump in, to save a complete stranger. It shows such courage, nobility and self-sacrifice – it’s quite awe-inspiring.

“From the point of view of Harris Academy Peckham, we have such gratitude to have known him, that he was part of our community for such a long time, with such genuinely fond memories from members of staff.

“Everyone that you speak to remembers his smile. He was a bit of a cheeky chappy with a great sense of humour. You always knew when he was in the room or in the corridor.

Pupils at Harris Academy in Peckham take part in two minutes of applause in memory of alumni Folajimi Olubunmi-Adewole this morning. Such a sad story. RIP #JimiTheHero pic.twitter.com/lU1zd8elYN

“He had beautiful manners, would hold doors open – he had a very clear sense of who the boss was in the building. His respect towards women and people in authority was clear and that’s absolute credit to his upbringing.”

Hickey said that she visited Jimi’s parents’ Bermondsey home after the tragedy and found a group of former students there supporting them and bringing them food.

“He was a kind and very reliable student,” she added. “He was incredibly popular within the year group.”

“He used to bring in Nigerian bread, he was very proud of his cultural heritage and rightly so… He was a very generous-spirited character.

“He was his own person, which you can’t always say about teenagers. I can’t imagine he would have taken very long to decide what to do when he saw what was happening on the bridge. He would have instinctually decided how to solve the problem.” 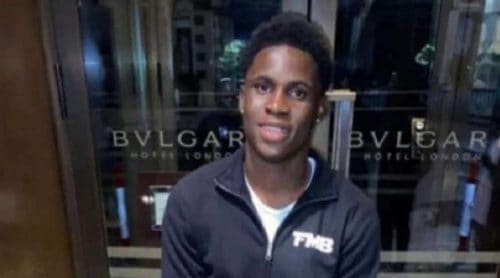 Jimi and his friend Bernard Kosia went to help to save the woman just after midnight on April 24.

Bernard said that he and Jimi were walking home as they would normally do, just after 11.45am, when a man ran up to them and showed them a video of “a woman jumping over the bridge.”

Bernard explained that they rang 999 to tell emergency services there was a woman struggling, as they heard her screaming: “I’m dying, I’m dying. I can’t swim, I’m dying.”

The two men then ran down to the side of the river and Bernard said: “Jimi was adamant. He didn’t think twice, he didn’t care about what was going to happen,” adding: “he said ‘Bern, I’m going to save her.’”

Bernard told interviewers that another man came and asked “can you swim?” before the man and Jimi jumped into the water.

Bernard then revealed the heartbreaking details of what happened next, when he explained: “I just hear Jimi shouting my name ‘Bern, Bern,’ but the shout wasn’t normal it was pain.” 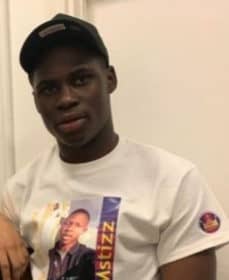 The lifeboats and marine police patrols were able to pull the woman and the other man out of the river alive, but Jimi could not be found in the high tide and choppy waters. His body was discovered almost six hours later after an extensive search involving police helicopters and other emergency services.

Jimi was returning to his Bermondsey home from his job as a waiter and front of house staff member at Westminster restaurant the Cinnamon Club on Friday night. His boss called him a “diligent, kind and passionate young man”.

Vivek Singh, the restaurant’s CEO and executive chef, added: “We are absolutely devastated and are trying to come to terms with the tragic death of Folajimi Olubunmi-Adewole. Jimi, as he was known to everyone at the Cinnamon Club, was a much-loved member of the front of house team and we are all reeling from this incredibly tragic news.

“He worked with The Cinnamon Club for over a year and was a diligent, kind and passionate young man, a real team player. What he did was a tremendous and selfless act of bravery, to save the life of a complete stranger.

“Our thoughts are with his family and friends at this incredibly difficult time. He will be remembered as a true hero.”

Politicians also joined in the tributes to Jimi’s act of bravery.

Malcolm Mide-Madariola: Dad’s tribute to “brave and noble” son who died helping others

Neil Coyle, MP for Bermondsey and Old Southwark, said: ”All the reports of Jimi are that he was charming, full of positivity and generosity with his whole life to look forward to. His final actions were truly heroic – ignoring risks to himself to try and help someone else.

“Too often young people are demonised by our media but Jimi’s selflessness proves the opposite is more often true. He had so much more to give and his loss is clearly felt by very many people but my thoughts, condolences and wishes are all with his family who have lost a clearly extraordinary young man.”

Cllr Kieron Williams, leader of Southwark Council, said: “His amazing act of bravery has moved people across our whole borough and my thoughts are with everyone who he has left behind. I know he was an incredibly popular and valued young man and it is a tragic loss for his family and friends.”

Williams joined calls for Jimi’s bravery to be recognised, adding: “It’s absolutely right that in the circumstances his fast thinking and attempt to save a life is recognised, and as a council we will be working with the family and others to find a fitting way to do that, that they think is the right thing to do.”

London Mayor Sadiq Khan said in a tweet: “Folajimi Olubunmi-Adewole was the best of us. A true hero of our city who gave his life trying to save another.

“My thoughts and prayers are with his family and friends at this time of tragic loss.”

A fundraiser for Jimi set up by Malcolm’s World Foundation, the anti-knife crime charity launched by the family after Malcolm’s death, has raised more than £107,000 for funeral costs and other expenses, far exceeding an initial target of £25,000.

You can donate at: www.uk.gofundme.com/f/support-folajimithehero-adewoles-family?utm_campaign=p_cp_url&utm_medium=os&utm_source=customer

For more details on how to nominate Jimi for a George Cross, visit: www.gov.uk/honours/recommend-bravery-award