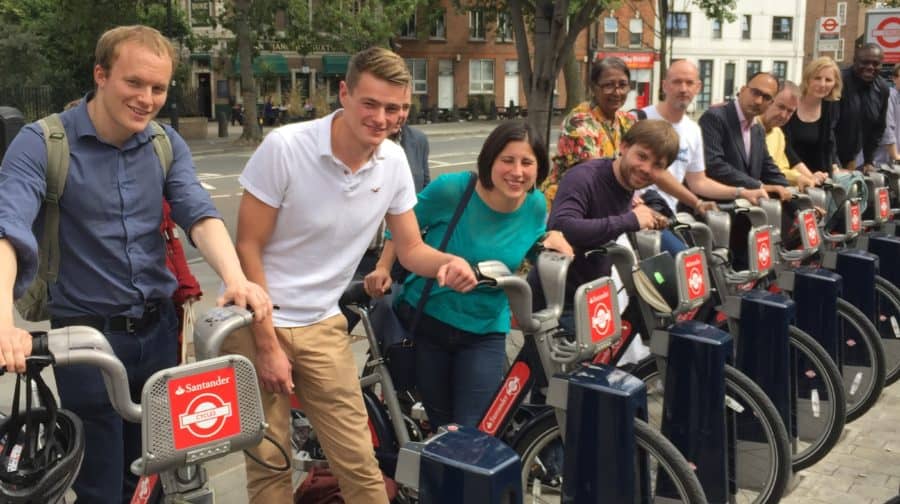 The Lib Dems and Greens have slammed Southwark Council’s handling of the Ofo ‘dumper bike’ scheme, saying the council should have never backed the dockless bike company’s expansion to the borough.

As the News reported in last week’s edition, Ofo – known for its bright yellow cycles – is withdrawing from London amid complaints of bikes littering pavements and public places, and allegedly being used in a spate of crimes.

Despite complaints, the council said it was disappointed to hear Ofo was pulling out from the capital, saying the initiative would help reduce air pollution, traffic, and get more people active. But political opposition to the Labour-run council say the local authority should never have joined forces with the company and would be better off pushing for TfL bikes to come south of the river.

Cllr Damian O’Brien, Southwark Liberal Democrats Transport spokesperson argued: “Labour loudly boasted about getting the dumper bike contracts from Ofo and MoBike as they were hoping it would distract people from the fact that they still haven’t got their act together and set up the Santander bike hire scheme, as Liberal Democrats have been campaigning for. “Dumper bikes were never a decent alternative. They were open to vandalism and were far less dependable and reliable than the Santander bikes that everybody else in Inner London benefit from, while in Southwark, we’ve only got a few docks in the very north east of the borough.

“With both dumper bikes companies pulling out, we’re left paying the price, yet again, of Labour trying to kick the can further down the road.

“They need to get their act together and finally extend the bike-hire scheme right across the borough so they link up with the new pedestrian and cycle bridge that’s being planned near Canada Water.”

His views were echoed by Southwark Green Party’s Eleanor Margolies, who said: “The Ofo bike scheme was welcomed by Southwark Council as a way to ‘do something’ about cycling without spending any money. “But the fact that Ofo has pulled out shows how little interest they have in the meeting the needs of cyclists and potential cyclists in Southwark.

“Southwark Green Party would rather Southwark Council invested in bringing the TFL bike hires scheme further south in the borough, because the physical docking stations provide a reliable supply of bikes.”

In October, it emerged that dozens of stolen Ofo bikes were cluttering police stations across Southwark, and police officers were having regular meetings with the China-based company’s representatives to crack down on allegations Ofo-enabled crime and anti-social behaviour. Richard Livingstone, Will Norman and others from TfL, Sustrans and City Hall, who all took to their bikes for BBC London. Courtesy of Southwark Council.

“We know that dockless bikes weren’t perfect but we completely reject the Lib Dems’ criticism of them as ‘dumper bikes’.

“Dockless bikes are used by a younger and more diverse demographic than the Santander bikes, and the Lib Dems’ lack of support for dockless bikes shows their complete disregard for making cycling accessible for the many,” he said.