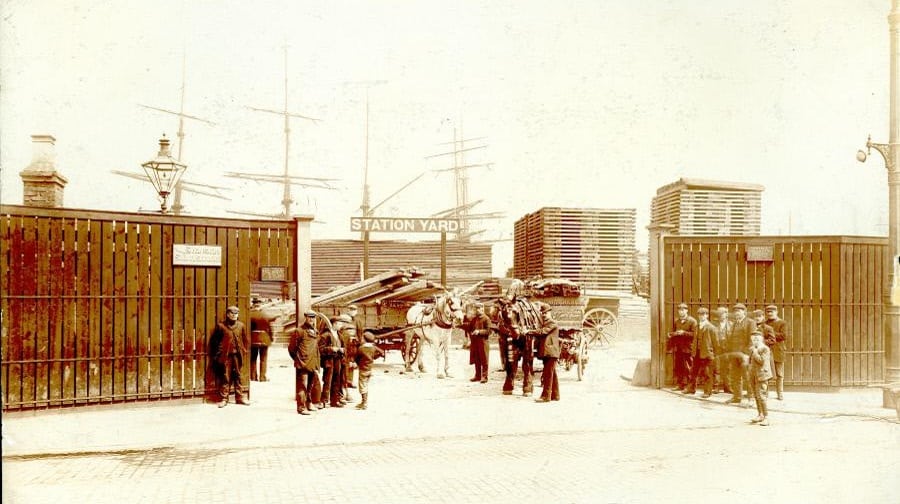 Rotherhithe Residents are calling for the historic name of Surrey Docks to be revived,  replacing the current Surrey Quays which caused ‘uproar’ when it was brought in years ago.

At a recent heritage and culture meeting held by British Land – the developer behind the Canada Water regeneration masterplan – residents asked whether the area now known as Surrey Quays could be named Surrey Docks once again.

The area where Surrey Quays shopping centre now stands was once part of the bustling Surrey Commercial Docks before most of it was filled in and built on.

But although many now call the regenerated area Surrey Quays, there are also residents who still fondly refer to it as Surrey Docks and would like to see the historic name revived.

Rotherhithe resident Steve Cornish, who was at the meeting, said there was a “massive uproar” in the community when the area was renamed Surrey Quays in the late ‘80s.

“It’s been there for hundreds of years but 25 years ago when the regeneration was first on the cards obviously the developers like to change the names of things and that was one of the first things they changed – the name to Surrey Quays,” he told the News.

“The name has been stolen from the people of the area because developers wanted to call it something fancy.

“At the meeting a member of the public asked why people kept calling it Surrey Quays when most people born and bred in the area call it Surrey Docks.

“It surprised me that everyone in the room – no matter whether they had lived there ten minutes or ten years – called it Surrey Docks.”

Mr Cornish said he understood reverting back to the old name would not be “simple and straightforward” – but added that there was a “big push” from residents at the meeting to find out whether it would be possible.

A British Land spokesperson said a question about the name of Surrey Quays Overground station was raised at the meeting.

The property company does not have the authority to change the name, however the spokesperson said it was happy to raise the matter with Transport for London as part of ongoing discussions.

The News asked for a comment on changing the wider area’s name just before going to press, but British Land was unable to respond in time.